Danielle Lloyd: I Feel So Much More Confident After Breast Implants 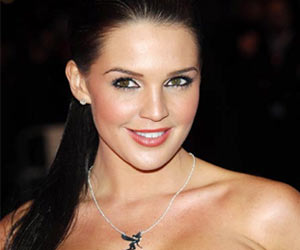 Footie ace Jamie O'Hara's wife Danielle Lloyd has revealed that she feels "a lot more confident" after reconstructive surgery on her breasts.

In February, the 28-year-old British glamour model was rushed to hospital after her breasts started swelling, following her third boob job.

Recollections when sweet are memorable but what about those which are painful and humiliating.
Advertisement

Doctors discovered that the mum-of-two had a life-threatening blood clot and were forced to remove her E-cup implants, leaving her with an AA-cup and scarring.


But last month Lloyd under went the surgery again to fix her "deformed" breasts.

"I've had reconstructive surgery, and obviously that was really hard for me to do," the Sun quoted her as saying.

Hollywood actress Christina Applegate, who has recently undergone double mastectomy, as she is battling with breast cancer, would be undergoing reconstructive operation around her 37th birthday.
Advertisement
"I'm a 32C at the moment, and I wouldn't want to go any bigger again, big boobs aren't better. I'm a mum now and I want to be sensible.

"But I just think the way they were I couldn't have lived with them with the scarring, they really were deformed and I'm not saying it's anyone else's fault because I had them done in the first place. I did really like the size of them when they were small, and it made me realise that I wanted them small," she added.