Dalai Lama's 79th Birthday to be Celebrated by Tibetans in Dharamsala 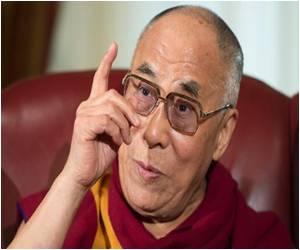 It has emerged that Tibeteans in Dharamsala plan to celebrate the 79th birthday of Buddhist religious leader Dalai Lama with great zeal and fervour.

The Central Tibetan Administration in exile invited political leaders, administrative officers and locals to attend the grand celebration of the occasion today.


Tibetan Sikyong (equivalent to Prime Minister) in-exile, Lobsang Sangay and 17th Karmapa (head of the Karma Kagyu School, one of the four main schools of Tibetan Buddhism), Ogyen Trinley Dorje, will be the guests of honour.
Advertisement
The festivities will also include Tibetan cultural performances by children.

"For the cultural programme, we have also kept one Lahaul and Spiti type dance and then also one Nepali dance and remaining (performances will be) from the school kids," said member of management committee, Topgyal.

The Dalai Lama was born Lhamo Dhondup on July 06, 1935 to a farming family in northeastern Tibet. Buddhist leaders identified him as the reincarnation of the 13th Dalai Lama when he was just two years old and was re-named Tenzin Gyasto.

At age six, he began monastic education and at the age of 15 assumed political power in Tibet following China's invasion.

In October 1939, he was brought to Lhasa city of Tibet and was formally installed the head of the state on February 22, 1940. The Tibetan spiritual leader has travelled around the world promoting the message of peace.

Despite his global renown, Dalai Lama is viewed by Beijing's communist leadership as a dangerous "splittist" who espouses violence. He denies the charges, saying he only wants genuine autonomy for his homeland.

China has ruled Tibet with an iron fist since troops marched in 1950. The Dalai Lama fled into exile in India in 1959 after an abortive uprising against Chinese rule.