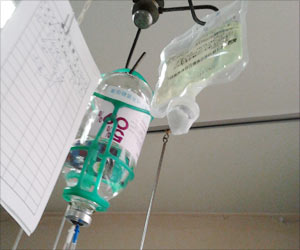 Single intravenous infusion of convalescent blood plasma imparted a great recovery in an immunocompromised old lady who was suffering from a prolonged fatal and deteriorating COVID-19 illness and severe pneumonia, as per the physicians at the University of Alabama at Birmingham, published in the journal Cell Reports Medicine.

According to the study, this 72-year-old woman was hospitalized 33 days after the onset of COVID-19 symptoms. It was a great challenge to mount her immune defense against the SARS-CoV-2 virus as she had a long-standing immunocompromised condition - chronic lymphocytic leukemia.

COVID-19 Vaccination: All You Need To Know About the Consent Form

As the surge of nationwide coronavirus vaccination drive has begun this year, two approved vaccinations layout their three-page informed consent form.
Advertisement
‘Single intravenous infusion of convalescent blood plasma imparted an extremely high virus-neutralizing titer thereby showing a great recovery in an immunocompromised old lady who was suffering from a prolonged fatal and deteriorating COVID-19 illness. However, variations were seen in the virus-neutralizing titer among different plasma donors and recipients themselves. This urges the need to screen the patients and donors for plasma titers level before administration.’

The physicians noted a remarkable and profound improvement in her symptoms - a rapid drop of 104-degree F fever, just after 48 hours of a single dose of intravenous infusion of convalescent blood plasma from her son-in-law -- who had recovered from COVID-19 disease.

The study showed that the woman's recovery was due to an extremely high virus-neutralizing titer in the son-in-law's donated plasma that persisted in her four days after infusion. This titer was very much higher than those measured in 64 other remnant convalescent plasmas collected by two blood banks.

Pneumonia is a serious respiratory tract infection that is often life-threatening in the elderly, children or those with reduced immunity. See how much you know about pneumonia by taking this quiz.
Advertisement
The lower cut-off value for emergency use authorization of convalescent plasma by the Food and Drug Administration is neutralizing antibody titers above 250. Convalescent plasmas titers above 250 from the first blood bank were only 37% whereas plasmas from the second blood bank that exceeded the neutralizing antibody titer cut-off of 250 were only 47%. Therefore, most of these plasmas were inadequate for transfusion.

The team evaluated the plasma titers in other 17 patients apart from the 72-year-old woman, both before and after they were given convalescent plasma for treatment of COVID-19. Before infusion of plasma. It was seen that 53% of these patients had neutralizing antibody values greater than 250, and 7 of the patients had titers greater than 3,000.

Vaccines are given to protect us from several infections that often cause disability and even death. Do you know enough about the vaccines that you are taking? Test your knowledge by taking this quiz.
Advertisement
<< Health Ministry Says Over 15L Vaccinated, 11 Hospitalized In...
Esophageal Cancer Patients Show Abundance of Oral Pathogens,... >>

Early administration of anti-parasitic drug can decrease the viral loads and symptom duration in patients with mild COVID-19.

Mental Health during COVID-19: Top Tips to Manage COVID Anxiety, Depression
News Archive
News Resource
News Category
Over 107,000 Child COVID-19 Cases In US World Health Assembly to Focus on Covid-19, Health and Peace: Covid Poo Test for Bats can Aid in Pandemic Monitoring Do Air Pollution Have an Impact on the Severity of COVID-19? COVID-19 Infections More Likely to Affect Cancer and Alzheimer's Patients
More News
Sign up for Wellness Consult a Doctor Sign up for Selfcare