Comparing Your House With Your Neighbors May End Up In Dissatisfaction 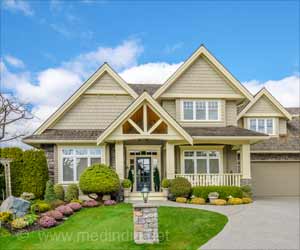 Satisfaction with your home can reduce or increase overtime on its size compared to your neighbors' homes.

Daniel Kuhlmann, assistant professor of community and regional planning, found that people are more likely to be dissatisfied with their house if it is smaller than their neighbors'. His study was published last week in the academic journal Housing Studies.

Advertisement
‘By constructing a large house, we may unknowingly compel our neighbors to spend more money to buy larger homes to match our standards.’
Read More..

This study provides evidence that people care not only about their house's features but their relative position: how their house compares in size to those of their immediate neighbors.


"Although we may not realize it, our housing decisions may affect our neighbors' actions," Kuhlmann said. "Because housing consumption produces these types of externalities, by building a large house, we could unwittingly push our neighbors to spend more money to buy larger homes to catch up."
Advertisement
Kuhlmann says this is one possible explanation for the steady increase in the size of single-family houses in the U.S. over the last 50 years. "As suburbs become more developed and go through new home building, that can waterfall," he said. "The next person who builds a house would have been wonderful with a 10-bedroom house - but now they think they need a 12-bedroom home to be considered in good standing.

"Large houses tend to beget larger houses." For this study, Kuhlmann analyzed data from the U.S. Census' 1993 National American Housing Survey, which included a special neighborhood sample of more than 1,000 homes and their ten nearest neighbors to assess satisfaction. Most housing data tend to focus on either housing units or people, not both. This section of the 1993 survey is rare in that sense, and it's something that likely won't be replicated, Kuhlmann says, due to increased efforts to avoid identification of survey respondents.

Kuhlmann's model shows that those living in the smallest house in their neighborhood are on average 5% more likely to report that they are dissatisfied with their unit than are those living in the largest house. "The reason I look at size as opposed to other housing characteristics is that size is easy to measure and compare," he said. "If size matters, there are probably a lot of other housing characteristics that matter, too, such as the age of housing stock or an architecturally outdated home - but it's harder to quantify those differences."

Kuhlmann says these results can help scholars and policymakers who want to understand and find solutions to neighborhood-level opposition to new development. A common concern among development opponents is that new housing will alter their neighborhood character, but Kuhlmann's study suggests "that community concerns about neighborhood character may belie more tangible fears about how the development will affect their perceptions of their own homes," he wrote in the paper.

This study identifies possibilities for future research: whether these positional housing concerns cause people to move, and how people's frame of reference changes when comparing a new home to their current one.