Common treatment for multiple sclerosis (MS) may add more years to your life, reports a new study. The findings of the study are published in the journal Brain.

A team of researchers from the University of British Columbia and Vancouver Coastal Health Research Institute has found that a widely prescribed drug for multiple sclerosis (MS) is associated with longer survival for patients.


The study found that people with MS who took a beta interferon drug had a 32 percent lower mortality risk than those that did not take the drug. This was particularly evident among MS patients who took beta interferon for more than three years.


The study, which followed nearly 6,000 people with MS in Canada and France over a period of more than two decades, is the first and largest of its kind to look at mortality associated with beta interferon for the treatment of MS.

"This is a significant study," said lead author Elaine Kingwell, a research associate and epidemiologist in the Djavad Mowafaghian Centre for Brain Health and the faculty of medicine at UBC, and Vancouver Coastal Health Research Institute. "Although these drugs have been prescribed since the mid-1990s, it takes time before scientists can look at the effect of these treatments on a long-term outcome like survival. We found that patients who were treated with these drugs during routine clinical practice survived longer overall than patients who had not taken beta interferon."

MS is a disease that affects the central nervous system, in which cells from the immune system attack and damage the nerve cells' protective sheath. The disease often results in disability and can have a significant impact on quality of life.

The beta interferons were the first drugs to be approved for the treatment of relapsing-onset MS, which is the most common form of the disease. They have been used to treat MS longer than any other disease-modifying therapy.

For the study, the researchers followed 5,989 people with relapsing-onset MS from as early as 1986 until 2013, in British Columbia and France, to determine what disease-modifying drugs they took and how long they survived. The mean age of the study participants (who had not received drug treatments for MS before the start of the study) was 42 years. The mean age at death for the 742 people who did not survive to the end of the study was 61.

The findings were consistent between the two geographic groups and between men and women. MS patients who took beta interferon for at least six months had a reduced mortality risk when compared to MS patients who did not take beta interferon. Taking the drug for more than three years had an even stronger association with increased survival. Moreover, increased survival was noted even for individuals who started the drug after age 40, or five or more years after disease onset.

Findings are Encouraging to those on Beta Interferon

Vancouver resident Sharon Roman, who was diagnosed with MS two decades ago, describes the results as "encouraging."

"The study findings could impact a lot of people, not just because of the sheer number of patients that are on beta interferon worldwide, but also because it offers comfort in terms of our longevity--and comfort is in short supply for those with a diagnosis of multiple sclerosis," she said.

"This offers a potential incentive that could conquer a dislike or a fear of injections and might encourage people to adhere to the prescribed dosing schedule," she added.

Quality of Life Needs to be Considered, Too

Despite the positive findings, the researchers caution that longevity isn't everything.

"Now that we know that life might be extended for people with MS who take these drugs, we do have to consider the quality of life," said the study's senior author Helen Tremlett, professor in the division of neurology at UBC and the Canada Research Chair in Neuroepidemiology and multiple sclerosis. "Further research to look at this aspect of treatment outcomes is certainly warranted."

The researchers hope to now look at the association of survival with some of the newer MS drugs. Tremlett has received a grant from the Canadian Institutes of Health Research to undertake this work. 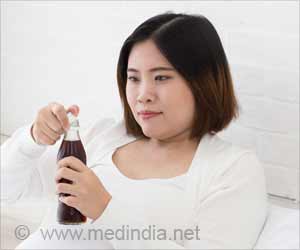 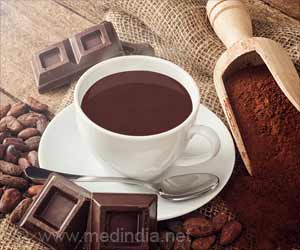