Combination Neighbourhoods can Bring Down Crime 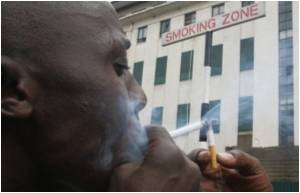 A new study has pointed out that mixed-use neighbourhoods which are a combination of residential and business development may reduce the incidence of crime.

According to researchers, the results were just as true in impoverished neighborhoods as they were in more affluent areas, offering one possible way of improving blighted areas.

But in a sparsely populated neighborhood, increases in business-residential density actually lead to higher levels of violent crimes, at least for a while.


However after building density reaches a certain threshold, some violent crime begins to decline.

"A residential neighborhood needs more than the addition of one or two businesses to see any positive impact on violent crime," said Christopher Browning, lead author of the study and professor of sociology at Ohio State University.
Advertisement
"There needs to be a sufficient density of businesses and residences throughout the community to really see the benefits," he said.

Browning said the findings are important as more cities across the country consider mixed-used developments as a way to reinvigorate downtowns and blighted neighborhoods.

Some people have argued that businesses attract more foot traffic to neighborhoods, and the increased street activity brings more "eyes on the street," which then helps reduce crime.

However, others believe that increasing the numbers of businesses causes residents to withdraw into their homes as they see more strangers in their communities, which makes crime more likely.

This study is one of the first to examine which of these theories is correct, at least in reference to some violent crimes.

To explore the issue, Browning and his colleagues examined data from 184 census tracts in Columbus, Ohio.

They focused on homicide, aggravated assault and robbery crimes because they are generally more likely than some other crimes to occur in public spaces where "eyes on the street" may play a role in stopping their occurrence.

The researchers found that the number of homicides and aggravated assaults increased in low-density mixed-use neighborhoods as the density increased, but then began to decline after a threshold of density was met.

The study was supported by a grant from the National Science Foundation.

The study appears in the current issue of the Journal of Research in Crime and Delinquency.

Survey Reveals the Vulnerability of Internet Users to Online Crime
It appears that two-thirds of adults worldwide have fallen prey to some form of online crime....

Despite Legislation, Crimes Against Pak Women Still Continue
A survey has revealed that despite legislation , crimes against Pakistani women are still ......

Crime of Abortion Gets Reduced Penalty in Mexico
From a prison sentence of 29 years for going through an abortion, six women will get it reuced to .....