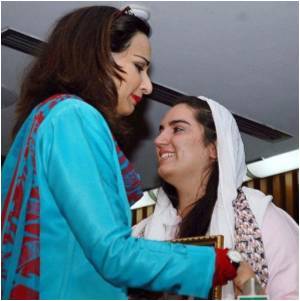 A survey has revealed that despite legislation , crimes against Pakistani women are still continuing at workplaces.

The survey found that there are still complaints from female government and private sector employees about the abusive behaviour of their male colleagues as well as senior officers, the Daily Times reported.

A general practitioner in Britain lost his job and reputation after playing dirty with a lady patient, who had approached him for help from depression and anxiety.
Advertisement

They said, on condition of anonymity, that some officers deliberately used tactics to block their salaries, benefits, promotions as well as transfers and postings unnecessarily, seeking 'undue favours' from them.


During the survey, Naseem Akhtar, a female employee of the Population Welfare Department appointed at Lahore General Hospital as the female welfare counsel, claimed that she faced discrimination from her male officers during her over 20 years of service in the public sector.
Advertisement
She said her daughter, Aruj, was also a government employee in the same department as a female welfare worker and currently deputed in Sahiwal.

She said that earlier Aruj had been deputed in the Welfare Centre at Thokar Niaz Baig in Lahore and District Population Welfare Officer Amjad Farooq attempted to 'abuse' her during a meeting at his office on March 2.

Naseem added that she and her daughter approached the secretary, additional secretary and deputy director (Admin) of the Population Department as well as the Green Town police and Chief Minister's Complaint Cell to lodge a case against the accused officer, but to no avail.

Some female workers, narrating personal experiences, said that they were still facing appalling situations at their workplaces, while the government had passed the Protection Against Harassment of Women at Workplace Act 2009 but had failed to implement it.