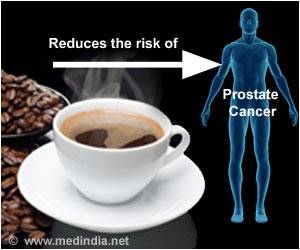 Drinking around four to six cups of coffee every day may reduce the risk of prostate cancer and womb cancer, according to a new study conducted by researchers at Harvard University.

The researchers observed the volunteers over a period of 20 years and found that the women who drank at least four cups of coffee every day were 25 percent less likely to suffer from endometrial or womb cancer while those men who drank around six cups of coffee a day had an 18 percent lower risk of prostate cancer and a 60 percent lower risk of developing the most deadly form of the disease.