Climate Change may Have Led to Mammoths Extinction 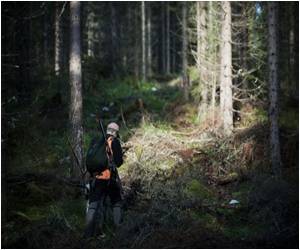 Researchers have found proof to suggest that woolly mammoth was led to extinction because of climate change and not due to human influence.

A DNA analysis showed that a distinct population of mammoth in Europe died abut 30,000 years ago, the BBC reported.

Dr Love Dalen of the Swedish Museum of Natural History said that the woolly mammoths were a fairly dynamic species that went through local extinctions, expansions and migrations.


Dalen and other researchers analysed DNA samples from 300 specimens from woolly mammoths.

The scientists were able to determine how many mammoths were present at any given time from the samples as well as tracing their migration patterns.
Advertisement
They found that mammoths nearly went extinct 120,000 years ago when the world warmed up for a while.

They scientists speculate that it became so cold that the grass that they fed on became scarce and the decline was spurred on as the Ice Age ended, possibly as the grassland on which they thrived was replaced by forests in the south and tundra in the north.

The results have been published in the Proceedings of the Royal Society B.

Mammoth Genetic Diversity in Cells Dropped by Tumours: Stanford Study
The cells shed from a cancerous tumour into the bloodstream are genetically diverse according to ......