Cinnamon may Slow Down Progression of Parkinson's Disease 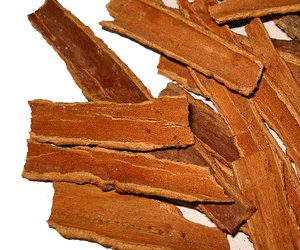 Cinnamon may help suspend the cellular, biomechanical and anatomical changes that occur in the brain due to Parkinson's disease, a new study has found.

Neurological scientists at Rush University Medical Center have found that using cinnamon, a common food spice and flavoring material, can reverse the various changes that occur in the brain suffering from PD.

The study found that after oral feeding, ground cinnamon is metabolized into sodium benzoate, which then enters into the brain, and stops the loss of Parkin and DJ-1 protects neurons, normalizes neurotransmitter levels, and improves motor functions in mice with PD.


Floyd A. Davis professor of neurology at Rush said that cinnamon could potentially be one of the safest approaches to halt disease progression in Parkinson's patients.

The study is published in the Journal of Neuroimmune Pharmacology.