Children of Divorced Parents in Higher Risk of Obesity: Study 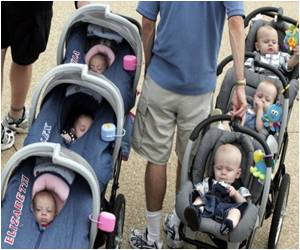 By measuring the height, weight and waist circumference of 3,166 Norwegian third graders, and comparing the data against their parental marital status, the team concluded that children of divorced parents were 1.54 times more likely to be overweight than those of married parents.

Another study from Norway among 7,915 children in eight European countries suggested that children who eat breakfast and dinner with their parents are less likely to be overweight than those who do not.

Lunch was different, the data showed, with children who regularly had lunch with their parents 20 percent more prone to obesity.

Another study by a team of Danish researchers showed that family conflicts around mealtime were highly related to pickiness in children aged 2 to 6, who refused certain foods because they associated them with their parental disputes.