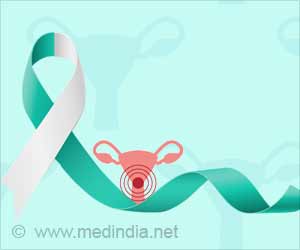 Cervical cancer death rates are mounting among women aged 65 and older, reports a new study. The findings of the study are published in the scientific journal Acta Obstetricia et Gynecologica Scandinavia.

Denmark has one of the highest incidences of cervical cancer in the Western world. But once a person has turned 65, they are no longer automatically screened - even though older women are in fact those who have the highest mortality. This is shown by new research from Aarhus University and Aarhus University Hospital.


"Cervical cancer has become known as 'a young women's disease.' But it's a myth that it only affects young people. In fact, the mortality rate among women above the age of 65 is 25-30 percent higher than previously thought," says the medical doctor and postdoc Anne Hammer from the Department of Clinical Medicine, Aarhus University and Aarhus University Hospital.


She is behind the new study which has just been published in the scientific journal Acta Obstetricia et Gynecologica Scandinavia. The researchers looked at cervical cancer mortality rates in Denmark between 2002-2015 and found that the over 65s stood out here. For example, the mortality rate was five times higher among woman aged 75-79 compared to those aged 40-45.

The research results support a study from November 2018 in which Anne Hammer and her research colleagues found that older women were very often diagnosed so late that the cancer was already too big to be surgically removed. In such cases patients are instead treated with radiotherapy and chemotherapy - a treatment that is associated with side effects such as pain and urination and defecation discomfort.

More than half of the older women with cervical cancer who had followed the screening programme on a regular basis until it expired are diagnosed with cancer that is so advanced that surgery is no longer possible.

"When people are screened, cancer can be discovered in its initial stages or at such an early stage that surgical treatment is still possible. This significantly reduces the risk of dying," says Anne Hammer.

Older Women Should also be Screened

With the current rules, the screening programme stops if a person is tested negative between the ages of 60-64. According to Anne Hammer, there are plenty of grounds - especially with the new studies - to introduce initiatives to reduce the incidences and mortality from cervical cancer. This could, for example, be done by extending the screening programme.

"The negative test does not guarantee that someone won't get the disease after the screening ends, because the HPV virus which is the cause of cancer can lie dormant in the body," says Anne Hammer. She also points out that there will very likely be fewer young women with cervical cancer in 5-10 years' time due to the HPV vaccine.

"But it will take many years before we see an effect among older women. When the society you live in has such a high incidence of advanced cervical cancer among older women with such a high mortality rate, then it is important to explore which interventions should be initiated to reverse this trend," says Anne Hammer, before adding that as long as the screening programme is not extended, the only thing to do is to keep a close eye on symptoms such as bleeding and altered discharge.

Cervical Cancer Awareness Month - It is Preventable
Cervical cancer awareness month observed in January each year aims to raise and spread awareness about cervical cancer (cancer cervix), the majority of which can be easily prevented by regular Pap screening tests
READ MORE

By 2050, 13 Million Cases Of Cervical Cancer Cases Will Be Prevented
Due to rapid adaptation of HPV vaccine in high income countries, an estimated 13 million cases of cervical cancer will be prevented.
READ MORE