Out with the red wine and foie gras: half the French cabinet are fighting the fat to please their clean-living boss President Nicolas Sarkozy and his supermodel wife, a top nutritionist said Thursday.

Sarkozy is said to have lost seven kilos (15 pounds) in the two years since taking office, and the mix of a punishing diet, gruelling work-outs and a high pressure job was blamed for causing him to collapse while jogging this summer. 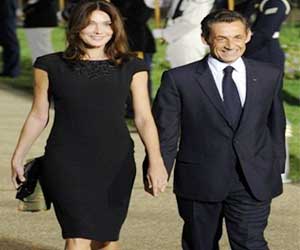 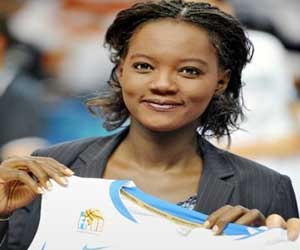 Coached by the sylph-like first lady Carla Bruni, the slimline president appears to have kicked off a health craze in the cabinet, where before-and-after shots show several ministers to have melted.


Most spectacular is the transformation of Brice Hortefeux, the interior minister and lifelong Sarkozy friend, who was reported this week to be on a draconian diet of soup, low-fat yoghurt and red berries.
Advertisement
But he is not alone in watching his waistline, according to Jean-Michel Cohen, a star nutritionist who says he counts several ministers and a host of other politicians among VIP clients at his diet clinic in the Paris suburbs.

"It's a well known syndrome. People copy their boss and in this case the boss has lost weight, he is watching his image," Cohen told AFP.

"Half a dozen ministers are on a diet. It's all done very discreetly.

"Our clients used to be 25- to 50-year-old women. Then there was the wave of artists and TV journalists," he said. "Now it's politicians both men and women, who are even sending their children."

Ministers' tables have shifted into health-conscious gear too.

"Back in the old days, it was all roast lamb and beans, tarte tatin and half a bottle of wine. That's all over: now it's lobster terrine with a crayfish side salad and mineral water," said Cohen.

Sarkozy has long worked to project a fighting-fit image -- jogging up the steps of the Elysee Palace the day he took office -- but his health binge began in earnest after his divorce from his second wife Cecilia.

"He's just your average Joe, he gets dumped and needs to make himself feel attractive again. But he took the slimming to a new level after he married a beauty queen -- a real professional when it comes to nutrition," Cohen said.

While US politicians from John F. Kennedy to Barack Obama have long kept their waistlines in check, it is a small revolution in food-loving France where a generous physique -- in men at least -- was long seen as "reassuring".

"Of course a guy who knocks back half a bottle of red at lunch won't be as effective as one who is working on an empty stomach," Cohen said.

"But now our whole moral view is about dominating the body and staying slim. Fat is seen as immoral."

The president reportedly told one would-be minister to get a haircut and shed a few kilos ahead of a reshuffle in June -- when the last remaining rotund member of the government, Andre Santini, was sacked.

Sarkozy's government is preparing to launch a major anti-obesity campaign by the end of the year.

"Anyone who's still fat when the plan is launched will look like a loser," Cohen said.

DiCaprio's Remarks Inspired Kate Winslet to Lose Weight
Actress Kate Winslet has revealed that it was actor Leonardo DiCaprio who helped her get over her .....