Canada is investigating possible outbreaks of the swine flu in its aboriginal communities, officials said, while downplaying fears that natives are falling more seriously ill than others. 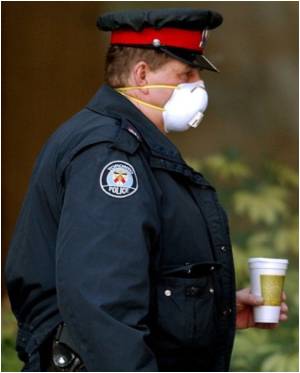 "This is a concern, and we are investigating," Health Minister Leona Aglukkaq told a press conference.

"Since the outbreak of H1N1 began, our government has been working to ensure accurate and timely information gets to First Nations communities," she said.

Additional health staff and protective garments have been sent to several native communities to review situations and determine how the virus reached the remote centers.

Canadian health officials, however, could not quantify the number of natives infected with the virus, and downplayed fears.

He said there were "a larger number than expected" cases of young natives who had developed a "serious illness" and "had to get hospitalized."

Canada's public health officer David Butler-Jones, however, said that it was "much too early" to conclude "based on a couple of communities that this is somehow a disease that is worse among one ethnic group.

"This is not an indigenous disease," he said. "We know there are certain risk conditions, underlying chronic disease, etcetera, that make (some) at greater risk of disease or death."

However the A(H1N1) virus "is a disease that affects everybody and we don't yet have the data to understand why some communities" may be hit harder, he said.

"It has taken way too long to recognize how bad the situation is," David Harper, chief of the Garden Hill First Nation in Manitoba province, told the Globe and Mail newspaper.

At least half of some two-dozen serious cases in Manitoba are reportedly aboriginals, including three children and two pregnant women.

Several of the patients with serious cases were flown from northern wilds to hospitals in the provincial capital Winnipeg, and put on ventilators.

Some natives fear a repeat of the 1918 Spanish Flu pandemic, the last time an influenza virus hit Canadian natives hard, wiping out entire villages in some cases.

Canada updated its nationwide swine flu count on Wednesday to 2,978 confirmed cases, including 533 that required hospitalization. Four people have already died of the disease.

Canada currently has the third-largest number of swine flu cases in the world, behind the United States and Mexico.

Officials noted a spike in the number of cases in Canada over the past month, but said they remain optimistic the spread of the disease would slow over the summer.

"Thankfully here in Canada, the vast majority of illnesses to date remain mild," Aglukkaq said, adding Canada was moving forward on the development of a vaccine.

"This decision does not change our approach here in Canada," Aglukkaq said.

The number of people infected with swine flu in Canada climbed past the 1,000 mark with 197 new cases confirmed Wednesday, according to health officials.

WHO Issues Pandemic Warnings As Swine Flu Spreads To Africa

A swine flu pandemic is looming closer with the virus showing early signs of spreading outside the Americas, a WHO official said Tuesday, as Africa reported its first case.

China Says It can Tackle Swine Flu After SARS

Pork is one of the most popular and widely consumed of all red meats, but how healthy is it? Find out whether you can eat pork in any form.