Can a Cure for AIDS be Envisaged ? Forum Discusses This Issue Threadbare 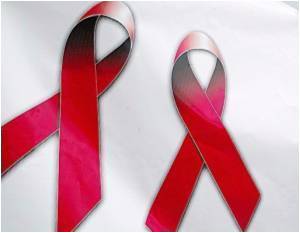 The World Aids conference discussed a subject which was almost unthinkable till date, whether a cure for AIDS is possible?

The question is being broached in gingerly fashion, given the many false dawns in the nearly three-decade-long war on AIDS.

The human immunodeficiency virus (HIV) which causes AIDS has proven to be a tough, wily, mutating foe, quite possibly the most tenacious and devious pathogen in our species' history.


But, buoyed by the success of anti-HIV drugs, some leading figures say the time is ripe to at least talk about the search for a cure and beat the drum for funding to support the quest.

Encyclopedia section of medindia explains in brief about the prevention for AIDS/HIV
Advertisement
"It's the single biggest hurdle we have to get over," said Kevin Frost, chief executive of a major US NGO, AmfAR.

Around 200 researchers held a two-day workshop in Vienna last week ahead of the 18th International AIDS Conference at a proposal by France's 2008 Nobel laureate, Francoise Barre-Sinoussi.

They mapped a broad strategy to identify areas of fundamental research and coordinate work, Barre-Sinoussi told AFP on Wednesday. Further meetings are planned, along with the creation of a pool to swap knowledge and debate theories.

Fearful of overstoking expectations, the scientists are not using the media-friendly word "cure." Instead, they talk about "attacking the reservoir."

The reservoir is a bolthole -- or more likely, boltholes -- where the microbe hides after it has been attacked by antiretroviral drugs.

Introduced in 1996, the famous triple-cocktail therapy works by preventing HIV from replicating in infected cells.

It was so stunningly successful that, finding no detectable levels of virus in the blood, some researchers rushed to declare that HIV could be eradicated.

But a couple of years later came crushing news: If a patient stopped taking the drugs, the virus bounced back.

With that disappointment, the idea of a cure -- "the 'C' word," said Frost -- was rarely uttered, if at all.

Today, less than 100 million dollars is spent annually on reservoir research, a figure dwarfed by the hundreds of millions devoted to HIV vaccine research and the billions spent on drugs.

So what is the reservoir? And how can it be attacked?

These are among the basic questions that have to be answered, said Jean-Francois Delfraissy, director of France's National Agency for AIDS Research (ANRS).

"We have to build a strategy for understanding what the reservoir comprises, its relationship with the immune system, whether there is a genetic predisposition to it and whether there are new drugs that can tackle it," he said in an interview.

Delfraissy ventured the hope that, within 10 years, a way would be found to at least shrink the reservoir.

One known avenue of attack is on a component of the immune cells called resting memory T cells.

Like an inactivated programme in a computer, they lie dormant, sometimes for decades, and are invisible to the immune system. They leap back into life when immune defenders spot an intruder they have seen before.

An HIV patient has about a million infected resting memory T cells, research has found. One aim will be to activate these residual cells so that they start to crank out viruses, and are thus identifed and destroyed.

Yet there are also likely to be other reservoirs where HIV lurks, possibly replicating at extremely low levels. Candidate areas include the brain, the genital area, the gastro-intestinal tract, blood stem cells and immune troopers called macrophage cells.

"Because there are so many different types of cells and these cells move all around the body, the potential for these reservoirs to be located is to be any where these cells can reach," Maureen Goodenow, a professor of pathology at the University of Florida, said at a press conference.

"What the virus is actually telling us is that there is a huge amount of information about the immune system that we don't know."

Can a Cure for AIDS be Envisaged ? Forum Discusses This Issue Threadbare Personalised Printable Document (PDF)