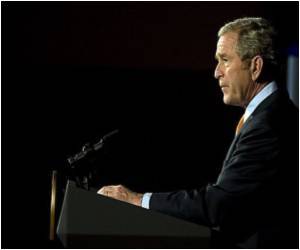 Bush, who is on a regional tour with former first lady Laura Bush, said the United States should "not retreat from the world".

"It's also important for the American people to know if we don't continue to support people who have HIV or are dying because of mosquito bites more and more people will die," he told reporters in Addis Ababa.

A US decision to freeze spending on treatment for HIV in several African countries has prompted concern that some of the gains made against the AIDS epidemic since 2003 could be reversed.
Advertisement
Bush, who is on the final leg of a tour that has also taken in Tanzania and Zambia, is due to speak Sunday at the opening of the International Conference on AIDS and STIs in Africa, before leaving the country on Monday.

The US President's Emergency Plan for AIDS Relief (PEPFAR) has contributed $1.4 billion to Ethiopia since it was launched in 2003. There are 1.2 million people with HIV/AIDS in Ethiopia, althought infection rates have dropped 25 percent in the last decade.

Cultural Bias Against Women Hampering Fight Against AIDS in Africa

Cultural bias against women is hampering the fight against HIV/AIDS in Africa, a new reports indicates.
Advertisement
<< Want of Joint Replacements for US Baby Boomers
Nannies and Housekeepers for Woman CEOs as Part of Office ... >>