In a major policy decision the Food and Drug Administration (FDA) of the USA has lifted the ban on gay and bisexual men from donating blood. This major shift in policy comes after over a decade old ban that had prohibited gay men from donating blood due to the fear of HIV transmission through blood transfusions. However there is still a caveat to such donations, as the FDA continues to ban those men who have had sex with a man within a year, from donating. This has frustrated the rights groups that was hoping for a blanket uplift by the agency.

The ban was enacted by FDA in 1983, early at the start of the AIDS epidemic, when little was known about the disease and the virus that causes it. People were blindfolded due to the disease, as there were no quick tests to determine whether somebody was infected. But due to various research and technological advancements in science an understanding of the HIV is prevalent now, which was acknowledged by the FDA and hence the lifting of the lifetime ban happened.

Yet if the FDA rules on blood donation are analyzed, they happen to have a very wide margins of error. For example, it bars anyone who has traveled in areas where malaria is prevalent from donating blood for a year, even though malarial symptoms such as chills and fever are almost unmistakable and virtually always appears within 40 days. The agency also has a 12-month waiting period for heterosexuals who, among other activities, have had sex with prostitutes or with drug addicts.


On the agency keeping the one-year ban on men who had sex in the last 12 months, FDA commented that it was keeping the 12-month ban because "compelling scientific evidence is not available at this time to support a change to a deferral period less than one year while still ensuring the safety of the blood supply." This new step by the FDA makes the United States on par with many European countries, including Britain, which adjusted its lifetime ban in favor of a 12-month restriction in 2011.

The health advocates involved mentioned that the move was a long overdue one and said that the ban represented a stigma about gay men being a risk to the health of the nation and was not based on the latest scientific discoveries. Legal experts said the change brought an important national health policy in line with other legal and political rights for gay Americans, like permitting gay people to marry and to serve openly in the military. I. Glenn Cohen, a law professor at Harvard who specializes in bioethics and health says that, "This is a major victory for gay civil rights. We're leaving behind the old view that every gay man is a potential infection source." He also mentioned that the policy was "still not rational enough."

Also few other advocacy groups feel that by keeping the 12-month ban, blocking any gay or bisexual man who is sexually active from donating, the agency has erased about half the population of potential donors. The ban seems especially ridiculous as the doctors, at present have nucleic acid tests that can diagnose an HIV infection within nine to 11 days of exposure and all blood donations have to be tested before being shipped for transfusion.

On this the director of special donor services at the New York Blood Center said Debra Kessler that, "Many other Western countries had changed their policies, and I think the FDA has come to accept the science supporting a change to their policy also." She added that blood centers across the country "have been talking to the FDA for years to encourage them to move forward."

An FDA spokesperson said that the agency had "carefully examined and considered the scientific evidence" and that it intended to issue a draft guidance detailing the change in 2015. The person also mentioned that there was not enough science to support lifting the 12-month ban. "At this time we simply do not have the evidence to suggest that we can go to a shorter period," said Dr. Peter Marks, deputy director of the FDA's Center for Biologics Evaluation and Research. Dr. Marks also mentioned that similar policy changes in countries as Australia, where studies have shown no increased risk to the blood supply after the country changed the ban from lifetime to a year, guided the FDA to make the decision.

This move by the agency was appreciated by many groups, stating that many medical experts, blood banks and gay men's health organizations have been working hard in pushing the policy had long outlived its usefulness for safety in the blood supply. Sean Cahill, the director of health policy research at the Fenway Institute, a research and advocacy center in Boston says that, "A lot has changed since 1983." He called the shift "an important incremental step toward a better policy. That's how policies often change incrementally."

According to the Williams Institute at the University of California, Los Angeles, about 8.5 percent or about 10 million of American men report having had sex at least once with a man since turning 18. The institute has calculated that the new removal of the long-standing ban can increase the available blood by 2-4 percent and add about 317,000 pints of blood to the nation's supply annually. The new policy will exclude the 3.8 percent of American men who report having a male sexual partner in the past year, a group that could double the potential new supply. The policy comes at a time when the nation's blood supply is relatively stable, in part because of changes in hospitals and ways of collecting blood.

The ban on gay men who had sex in the last 12-month from donating blood, according to many rights group is unfair because it blocks a sexually active gay man from donating even if he has had only one sexual partner, has protected sex and has not been exposed to any infection, while it allows sexually active heterosexual men and women who may have been exposed to HIV to donate. They also argue that the lifetime ban still stigmatizes gay men and their homosexuality, making it seem like being gay is a risk in itself. They say the policy, like that of Italy's, should be more individualized, where the potential donors are interviewed to screen for higher-risk donors, like people with multiple sexual partners or who report sex with intravenous drug users or prostitutes.

In a statement, Dr. Marks said a surveillance system is being put in place by the agency to help in monitoring the effect of the policy change. 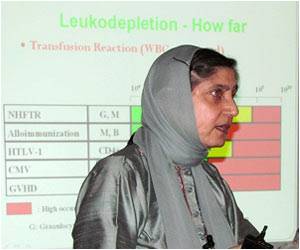 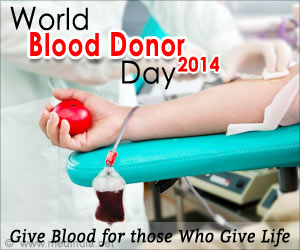