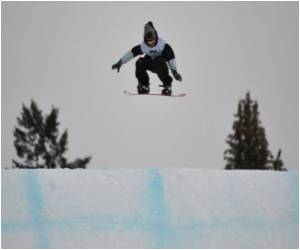 The human brain undergoes changes in adolescence that inhibits fearful experiences learned in childhood, said a study released Monday. These brain changes could explain the fact why teenagers act so brashly at times.

Scientists studied the fear responses of mice for clues about how adolescents would react to situations that resembled prior experiences that involved pairing of electric shocks and tonal noises.

When they compared how adolescent mice showed a freeze reaction, compared to younger and older mice, they found that the teenagers did not freeze at the same rate, and that they were suppressing their reactions to contextual fear.


An examination of the brain activity in the adolescent mice showed that the two areas of the brain associated with processing experiences of fear -- the basal amygdala and the hippocampus -- were exhibiting lower levels of activity.

Post Traumatic Stress Disorder (PTSD), is a mental condition triggered by a traumatic event. PTSD treatment includes pyschotherapy, behavior therapy and medications.
Advertisement
It wasn't that the teen mice failed to learn to be afraid, it was just that their brains weren't sending the same signals as the brains of baby or adult mice.

"Suppression of contextual fear and associated synaptic activity occurs as the mice transition into adolescence," said the study published in the Proceedings of the National Academy of Sciences.

"This temporary suppression of contextual fear was associated with blunted synaptic activity in the basal amygdala and decreased... signaling in the hippocampus," it said.

"Although contextual fear memories were not expressed during early adolescence, they could be retrieved and expressed as the mice transitioned out of adolescence."

While it might be exasperating for parents, the lack of fear response could prove useful because it comes at a time when adolescents are exploring and testing the bounds of their independence, which they could not do if they were paralyzed by fear.

"From an evolutionary perspective, a temporary suppression of contextual fear during adolescence may prove highly adaptive, as it occurs just as the mouse transitions into higher exploratory behaviors away from the nest," the study said.

"For the early-adolescent rodent to exhibit high levels of contextual fear would likely prove maladaptive for exploratory behavior required for leaving the nest, exploring the surrounding environment, and becoming independent of the colony."

Further study of the way the brain suppresses fear could also be useful in treating phobias and anxiety disorders such as post-traumatic stress, said the research conducted by scientists at Cornell University, Brown University and the New York University School of Medicine.

A group of researchers have discovered the type of cell that is at the origin of brain tumors known as oligodendrogliomas, which are a type of glioma.
Advertisement
<< Risk of Side Effects in Latent Tuberculosis Therapy
Illegal Abortions in Thailand >>