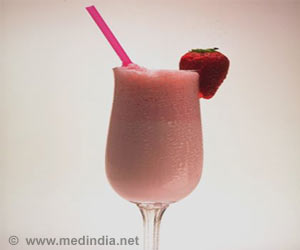 It has been revealed that the Prime Minister has taken to drinking a fruit smoothie called a Brain Boost to help him keep concentration and focus after a busy week of meetings.

The drink contains beetroot juice, which is said to help improve circulation to the brain and memory.

Mr Cameron has the drink when he visits the Portobello Fresh Juice Bar near his family home in Notting Hill, West London, with his wife Samantha and their children, the Daily Mail reported.


A worker told the newspaper that the PM swears by it.

"He has told me that it actually helps his concentration and keeps him focused, especially after a hard day's graft at Number 10 or in Parliament," he said.

David Camerons Perfect Staging to Discuss Pollution
A wonderful opportunity presented itself to the Tory leader, David Cameron, to discuss the dangers ....

David Cameron Says He is Trying to Stop Sweet-Toothed Kids from Drinking 'Excessive' Coke
In a candid statement, British Prime Minister David Cameron has revealed that he is trying to stop ....

Olympic Athletes Urge David Cameron to Tackle Child Malnutrition
Even as the London Olympics draws to a close, athletes taking part in the event have urged the ......