Arctic Ice Level Down to a Fifth Since 1980: Satellite Observations 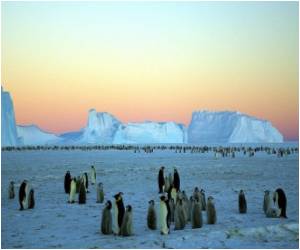 According to satellite observations, the Arctic has lost more than a third of summer sea-ice volume since a decade ago, and is only a fifth of what it was in 1980.

"What this new paper shows is that our ice loss estimates may have been too conservative, and that the recent decline is possibly more rapid," said study co-author Axel Schweiger, polar scientist in the University of Washington (UW) Applied Physics Lab.

"Other people had argued that 75 to 80 percent ice volume loss was too aggressive," said Schweiger, the journal Geophysical Research Letters reports.


Arctic sea ice is shrinking and thinning at the same time, Schweiger explained, so it's normal for the summer ice volume to drop faster than the area covered, according to a Washington statement.
Advertisement
The system developed at Washington provides a 34-year monthly picture of what's happening to the total volume of Arctic sea ice.

It then verifies the results with actual thickness measurements from individual moorings or submarines that cruise below the ice.

"Because the ice is so variable, you don't get a full picture of it from any of those observations," Schweiger said.

"So this model is the only way to reconstruct a time series that spans multiple decades."

The UW system also checks its results against five years of precise ice thickness measurements collected by a specialized satellite launched by NASA in 2003.

The Ice, Cloud, and Land Elevation Satellite, or ICESat, measured ice thickness across the Arctic to within 15 inches until spring of 2008.

Western Antarctic Warming Two Times Faster Than Initially Estimated
A new study has found that the western region of the West Antarctic Ice Sheet is warming twice as .....