Bisphenol A Poses No Health Risk 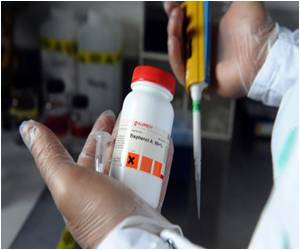 The EU food safety watchdog said that bisphenol A --a chemical used in food can linings and other products-- poses no health risk to consumers.

But it also slashed recommended exposure levels to the compound as tests to detect it become more refined.

"BPA poses no health risk to consumers because current exposure to the chemical is too low to cause harm," the European Food Safety Authority said.


EFSA said its conclusions applied to all age groups, including unborn children, infants and adolescents.

It said that new data and methods led EFSA to reduce the safe level, or tolerable daily intake, of BPA in food from 50 micrograms (0.05 milligrams) per kilogram (2.2 pounds) of body weight per day to four micrograms.
Advertisement
But it added that the highest estimates for dietary exposure and for exposure from a combination of sources -- diet, dust, cosmetics and thermal paper such as cashier slips and ATM recepits -- are three to five times lower than the new recommended daily intake level.

EFSA said it reduced the tolerable daily intake level because the "method used to assess the risk from BPA has become more refined than the one" used in previous evaluations.

For the first time, EFSA said, it also considered exposure to BPA from non-dietary sources.

EFSA expert Trine Husoy acknowledged "there is a lack of supporting data" on how much the body absorbs through the skin, which "really increases the uncertainty of estimates from thermal paper and cosmetics."

Besides being used for can liners and re-usable plastic tableware, BPA is also commonly used in cashier slips and ATM receipts, CDS and DVDs as well as plastic containers used for microwave cooking or fridge storage.

Some studies have linked it to brain and nervous system problems, reproductive disorders and obesity.

A study in 2013 said it may expose unborn children to breast cancer later in life.

The substance has been banned for use in baby bottles by the European Union, the United States and Canada, and from all food containers in France from the beginning of this year.

EFSA said that in calculating its tolerable daily intake levels for BPA, in factored in the potential effects of the compound on mammary glands as well as the reproductive, metabolic, neuro-behavioural and immune systems.

Bisphenol A Substitutes are Dangerous: Study
Bisphenol A is a plastic ingredient banned in some countries over the health fears. Two of the ......

Bisphenol A Health Threats Raise Concerns
The exposure levels to Bisphenol A, which is a health concern for babies, should be cut by a factor ...

Exposure to Bisphenol A Could Lead to Miscarriage
Exposure to bisphenol A - a chemical found in plastic could increase the risk of miscarriage, says ....