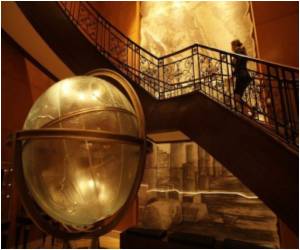 Beirut's iconic Glass Cafe, which dates back to Ottoman times, shuts its doors this week, taking with it a slice of the Lebanese capital's cultural and political heritage.

"The history of this cafe is closely intertwined with the history of Beirut," said Angele Abi Haidar, 50, whose family has operated the Glass Cafe -- which first opened its doors in 1920 -- since 1951.

Beirut, one-time pearl of the Orient, is reclaiming its lustre, wooing some of the world's top luxury hotels to set up shop after a record year for tourism - and peace - in city once
Advertisement

"Every inch of this cafe carries a story," she said. "It has witnessed the country's major political events and survived through the 1975-1990 civil war."


Abi Haidar recently lost a long-running legal battle with the building's owner over the rental price which was set to jump threefold, from 50,000 dollars a year to 150,000 dollars -- a price she cannot afford.

From nudist beach parties and wild bashes hosted by the likes of Paris Hilton, to gay clubs, gambling and showgirls, Beirut is rapidly earning a reputation as the sin city of the Middle East.
Advertisement
"I spent a lot of money in legal fees and I can't go on any more," she said, sadly looking over the cafe which shuts down January 10.

The glass-enclosed bistro-style eatery is popular among tourists and old-timers.

It is located in the traditional but trendy neighbourhood of Gemmayzeh in a building on a corner of Gouraud Street, named after French General Henri Gouraud who signed a decree proclaiming the creation of the state of Lebanon in 1920.

Ottoman-style buildings vie for space with modern high rises on the street, which is crowded with pubs, nightclubs and restaurants. But the "Glass Cafe" is one of its few establishments that still serves Lebanese dishes and offers traditional music.

With its painted tiles, imported from Italy at the start of the 20th century, 1950s chandeliers and classic bistro style tables, the cafe has borne witness to Lebanon's turbulent history over the years as it hosted presidents, prime ministers, poets.

"The cafe was also popular among intellectuals who could sit for hours debating about culture and poetry."

As a young girl, Abi Haidar remembers watching her grandfather greet customers, with the click of backgammon dice, the gurgle of water pipes and the songs of Lebanese diva Fairuz always in the background.

"The demarcation line that split Beirut in half (between Christians and Muslims) during the civil war wasn't very far from here," she recalled.

"Most of the residents in the neighbourhood fled but my father would open the cafe every day."

"When the bombs would fall, the few customers would rush to the kitchen in the back to hide and then, when things would calm down, they would sit back at their tables," she added. "It was all very surreal."

The building's owner, Massoud Renno, said he does not plan to tear down the cafe but wants to refurbish it before deciding its fate.

But for Giorgio Guy Tarraf, of the "Save Beirut Heritage" organisation which organised a goodbye concert at the cafe Wednesday evening, heritage is not only about preserving property.

"Heritage doesn't only mean beautiful old stones," he told AFP. "When one speaks of heritage it also means memories, people and places."

Khalil Asmar, 50, owner of a bookstore in the neighbourhood, said part of Beirut's history will be buried when the Glass Cafe shuts its doors on Monday.

"Ever since I was a child, the cafe has been there," he said wistfully. "It's like home.

"I used to watch customers play cards and backgammon, and I recall the poet Michel Akl sitting there for hours writing his poems."

Abi Haidar, who has opened another cafe north of Beirut, said nothing can replace the memories of the Glass Cafe.

"It's ironic, successive wars failed to shut it down," she said bitterly. "And now, a thirst for fast cash is forcing us to close."

Clowns and Street Performers Dance in the Rainy Streets of Beirut

Clowns and street performers danced in the rainy streets of Lebanon's capital on Tuesday bringing holiday cheers to the shopping district.
Advertisement
Advertisement
This site uses cookies to deliver our services.By using our site, you acknowledge that you have read and understand our Cookie Policy, Privacy Policy, and our Terms of Use  Ok, Got it. Close
×