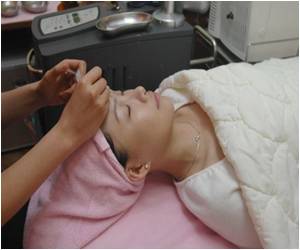 Aggressive marketing campaigns for cosmetic surgeries carried out by private clinics has drawn the ire of women's rights activists who have urged the government to ban such advertisements since they prey on a female's body insecurities.

The activists have sent a letter to the government claiming that the aggressive and unrestricted advertisements are not in the best interests of public health and should be brought under the same rules that prevent advertisements of prescription drugs.

"At present people have no choice but to be exposed to the aggressive marketing tactics of some cosmetic clinics, whether they be in the public spaces, in magazines, on the internet or the TV. Just as rules prevent prescription medicines being advertised in the interest of public health, we urge the government to prohibit the advertising of cosmetic surgery", the letter said.


The campaigners have been joined by plastic surgeons with the British Association of Aesthetic Plastic Surgeons also backing marketing bans for cosmetic surgeries such as tummy tucks and breast enlargements.

Surgical and medical hair restoration can help really 'restore' all the hair you have lost.
Advertisement
<< Looking at Images of High Carb Foods Makes Meals Tastier
Five-Year-Old Boy to Get Hair Trimmed for First Time >>