Baby Survives After Being Flushed Down the Toilet 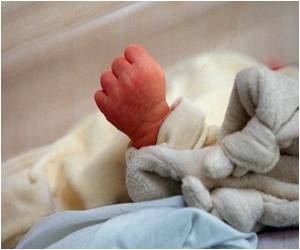 A newborn baby in China was recused from a sewage pipe after his mother flushed him down the toilet.

Financial help, support and even adoption have been offered for the newborn, who has been named Baby 59.

The rescue work began after cries of a baby were heard coming from the plumbing system of a 4th floor communal toilet at an apartment block in Jinhua, eastern China.


The rescuers cut away an L-shaped section of piping, where the baby was trapped, after a two-hour operation and then immediately took it to a hospital with the child still inside, the Mirror reported.
Advertisement
Doctors then cut the four-inch wide tube with pliers and saws until they were able to finally release the baby, whose placenta was still attached.

Police later revealed that the 6lb 2oz boy's mother, an unmarried 22-year-old, had been traced and was being questioned.

According to reports, the mother panicked after unexpectedly giving birth and after feeling remorse for what she did she called up her landlord to tell that she could hear "weird noises" from inside the toilet pipe.