Azad Says Rs 1,200 Crore to be Invested in Preventing Heart Disease and Diabetes 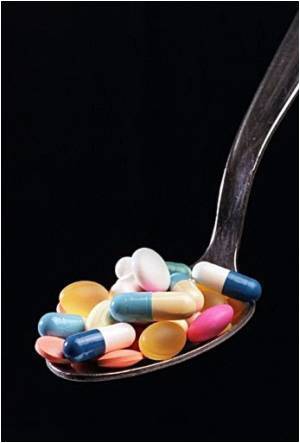 Union Health Minister Ghulam Nabi Azad has revealed that the center has set aside more than Rs 1,200 crore as part of a new program to get the rising rates of cardiovascular diseases, cancer and diabetes under control.

Azad was speaking at the inauguration of a new super-specialty block at the Government Medical College in Thiruvananthapuram. He revealed that over Rs 1230 crore will be provided for new national programs for controlling the rise of life threatening diseases with over Rs 700 crore to be used to curb the rise of cancer.

He also revealed that the health ministry expects the number of new medical graduate seats to increase by more than 10,000 with the government committed to bring down the doctor-to-patient ratio down from 1:2000 to 1:1000.


Azad concluded by adding that the government is mulling on various ways to curb the use of tobacco which is prevalent in the country.

"According to the recently conducted Global Adult Tobacco Survey, about 35 percent of adults in India consume tobacco in one form or the other. Of this, 21 percent belong to the non-smoking category. Therefore, the government will soon decide on a policy and launch a program that focuses on controlling the tobacco chewing habits prevalent in the nation", he said.

Diet plays a significant role in controlling diabetes. Most cases of diabetes are preventable with healthy lifestyle changes.
Advertisement
<< Professor Hits Out at Drug Industry for Misusing His Work
Maharashtra FDA to Require License for Pharmacists >>

Noscaphene (Noscapine) Find a Doctor Drug - Food Interactions Calculate Ideal Weight for Infants Find a Hospital Turmeric Powder - Health Benefits, Uses & Side Effects Pregnancy Confirmation Calculator Daily Calorie Requirements A-Z Drug Brands in India Drug Interaction Checker
This site uses cookies to deliver our services.By using our site, you acknowledge that you have read and understand our Cookie Policy, Privacy Policy, and our Terms of Use  Ok, Got it. Close
×