Atrocious! 38 lakh Girls Are Being Tortured with Breast Ironing to Avoid Rape 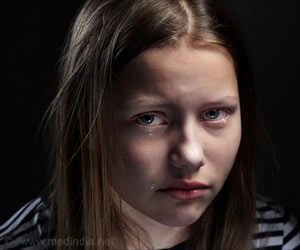 Due to increased number of rape cases around the world, many mothers are putting their daughters life in hell to avoid rape. Mothers are ironing breasts of their daughter to make them look unattractive to men.

It is taking place exclusively in girls aged 11-15 across places like Nigeria, South Africa, Cameroon and even Britain. If girls are growing fast, it is done at the age of 9 itself.

During training, women learn information, skills and practices to assess risk from acquaintances, and to engage in effective verbal and physical self-defense.
Advertisement

Breast ironing is done by heating stones and hammers and then placing them on the breasts to stop them from growing. The main idea of this is to avoid rape by avoiding men's attention.


Breast ironing leads to burnt nipples, wounds, infections, rashes. Also, these women cease to produce breast milk if they ever become mothers. This is being implemented due to the belief that it is not right to conceive before marriage and that women should not encourage men to rape them.

Spain's health ministry approved a new government protocol, which will require parents to sign a declaration promising their daughters will not undergo female genital mutilation.
Advertisement
The United Nation's report stated that 38 lakh girls are being tortured with breast ironing. Also, female genital mutilation is a part of it and 58% fathers are unaware of this.

The victims don't speak about it as they feel the mothers do it for their safety and well being. No complaints are being filed and if it is filed, in the name of culture, tradition and religion, there are no proper laws to take action against the culprits.

'Charity Women's and Girls' Development Organization in London is working in order to take this issue to the notice of public and governments and bring about a change. Police , health workers, teachers, schools, and other social activists are working against this social atrocity.

Sexual Deviance
News Archive
News Resource
Advertisement
News Category
Why Twin Mothers are More Fertile? New Guidelines to Treat Depression in Pregnant Women New Evidence on the Use of Contraception for Women Worldwide Do You Get Pregnant While You are in COVID-19 Infection? Is Telehealth Effective in Treating Menopause Symptoms?
More News
Sign up for Wellness Consult a Doctor Sign up for Selfcare