Are Your Go To Health Apps Sharing Your Data With Someone? 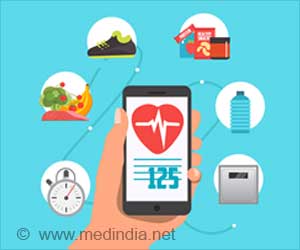 Sharing data with third parties has become a routine when it comes to using your favorite health apps, but are you sure who they share it with. The results of this study have been found to be concerning as most (19 out of 24; 79%) of the sampled apps shared user data outside of the app.

Developers should allow users to choose precisely what data are shared and with whom, say researchers.

Sharing of user data by popular mobile health applications (apps) is routine, yet far from transparent, warn experts in a study published in The BMJ today.


They say regulators should emphasize the accountabilities of those who control and process user data, and health app developers should disclose all data sharing practices and allow users to choose precisely what data are shared and with whom.
Advertisement
App developers routinely, and legally, share user data. But evidence suggests that many health apps fail to provide privacy assurances around data sharing practices and pose an unprecedented risk to consumers' privacy, given their ability to collect sensitive and personal health information.

So researchers led by Assistant Professor Quinn Grundy at the University of Toronto set out to investigate whether and how user data are shared by popular medicines related mobile apps and to characterize privacy risks to app users, both clinicians and consumers.

They identified 24 top rated medicines related apps for the Android mobile platform in the United Kingdom, the United States, Canada, and Australia.

All apps were available to the public, provided information about medicines dispensing, administration, prescribing, or use, and were interactive.

First, they downloaded each app onto a smartphone and used four dummy user profiles to simulate real-world use.

They ran each app 14 times and found baseline traffic relating to 28 different types of user data. They then altered one source of user information and ran the app again to detect any privacy leaks (sensitive information sent to a remote server, outside of the app). Companies receiving sensitive user data were then identified by their IP address, and their websites and privacy policies were analyzed.

Of these, 18 (33%) provided infrastructure-related services such as cloud services and 37 (67%) provided services related to the collection and analysis of user data, including analytics or advertising, suggesting heightened privacy risks.

Only three of these fourth parties could be characterized predominantly as belonging to the health sector.

Several companies, including Alphabet, Facebook, and Oracle, occupied central positions within the network with the ability to aggregate and re-identify user data.

Nevertheless, they say their findings suggest that health professionals "should be conscious of privacy risks in their own use of apps and, when recommending apps, explain the potential for loss of privacy as part of informed consent."

Privacy regulators should also consider that loss of privacy is not a fair cost for the use of digital health services; they conclude.

Source: Eurekalert
Advertisement
<< Depression Episodes in the 20s can Increase Your Risk of M...
Why Are Skin Diseases Taken So Lightly By People? >>

Mobile Health Apps Not Reliable for Managing Chronic Patients
There was a wide range of highly rated apps that offer to help people with conditions such as ......

Can Mental Health Apps Lead to Overdiagnosis?
Mental health apps convey two dominant messages that almost everyone has some type of mental health ...

Health Apps in iPhone Might Underestimate Physical Activity of Users
Accelerometers used in the smartphone app were found to underestimate the number of steps a person ....