Anti-Smoking TV Ads Should Use Anger Rather Than Sadness: Study 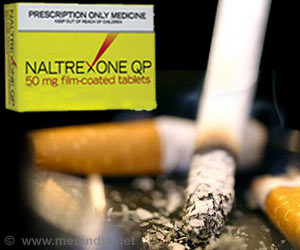 A Dartmouth-Cornell study suggests that anti-smoking TV advertisements that appeal to viewers' emotions are more persuasive when they use anger rather than sadness.

The study appears in the Journal of Health Communication. A PDF is available on request.

Previous studies have shown emotional expression is a crucial part of persuasion, and that audience members' perceptions of emotions affect their attitudes and behaviors. Previous research also has shown anti-smoking TV ads that convey negative emotions such as anger and sadness are more effective than non-emotional approaches.


In the new study, researchers from Dartmouth College's Geisel School of Medicine and Cornell University examined how viewers process those negative emotions. They produced anti-smoking TV ads in which an actor delivered anti-smoking messages to 115 college students with either anger or sadness by using different vocal tones and facial expressions. To measure the role of emotions in the ads, the researchers manipulated the actor's expressed emotions while keeping the story the same.
Advertisement
Results showed the anger-framed ad was more effective because it increased the perceived dominance of the speaker, which increased anti-smoking attitudes and predicted strong intentions not to smoke. The findings also showed participants who watched the anger-framed message didn't find the actor likable or empathetic, but those factors were not associated with intention to quit smoking.

Asian Cinema the Next Major Battleground for Anti-Smoking and Anti-Cancer Groups
Anti-smoking and anti-cancer groups will now have to turn their focus towards Asian cinema with the ...

Cigarette Taste Altered By Graphic Anti-smoking Warnings
Since graphic warnings were put up on packets, the cigarettes don't taste as good as they did ......

Anti-Smoking Clinics in China are Not So Effective
Smoking cessation clinics seemed to be a promising business, but have not delivered the desired ......