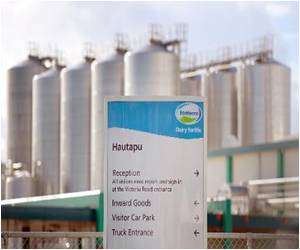 New Zealand's National Farmers Federation and the dairy giant, Fonterra, received small packages of baby formula containing poison. It came with an anonymous threat to contaminate baby formula with 1080  a poison commonly used for pest control in the country. A team of 36 officers is investigating the case and has warned parents to examine packaging for signs of tampering.

Deputy commissioner Mike Clement said, "Whilst there is a possibility that this threat is a hoax, we must treat the threat seriously and a priority investigation is underway. The threat, originally made in November, was to contaminate products unless 1080 was banned by the end of March." 1080 is used to control feral pests such as cats and possums, but some critics argue it damages the environment and kills native wildlife.

Baby formula is a multi-billion dollar export industry for New Zealand and the Ministry of Primary Industries said that it was confident the product remained safe. The New Zealand Food and Grocery Council said, "Extra testing had been introduced to reassure parents, although it had absolute confidence that products on shelves were safe. This is an attack on Brand New Zealand. Our country has a reputation for producing safe, high-quality food products which are in demand around the world, and this coward's letter doesn't change that at all. These letters are an attack on all New Zealanders, designed to gain publicity and cause the maximum damage to the New Zealand economy."


Deputy director-general Scott Gallacher said, "The ability for anybody to deliberately contaminate infant and other formula during manufacturing is extremely low. Regardless, we encourage people to be vigilant when buying infant and other formula. Our advice is always to check packaging for signs of tampering. We are reinforcing that advice as a result of this blackmail threat."

Higher Levels of Arsenic Found in Baby Formula Than Breast Milk
Baby formula, that is used to feed infants, was found to have more urinary arsenic level than ......

China Orders Abbott to Recall It's Baby Formula
Chinese authorities has said that the country has ordered US pharmaceutical company Abbott to ......