Ahmedabad Roads To Get Eco-Friendly 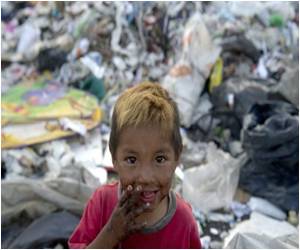 There is good news for green activists. The Ahmedabad Municipal Corporation (AMC) plans to put discarded plastics to good use -for making roads waterproof.

A team of AMC officials that visited Mumbai studying the durability of such roads over a period of one year is quite happy. Results of the Brihanmumbai Municipal Corporation (BMC) experiment are favorable, says a senior AMC official.

This technology is not new. It is already in use in metro cities like Mumbai, Delhi, Chennai and Bangalore. Here the 'plastic-tar road' is made when a mix of bitumen and gravel mix is combined with flakes or very tiny pellets made from domestic plastic waste such as carry bags and disposable teacups. First the plastic granules are sifted for appropriate size. They are then mixed with the bitumen  gravel slurry in a high-speed asphalt mixing facility.


According to AMC officials, citizens need not let their waste 'go waste'. Domestic plastic refuse can be sold for this purpose.

Meanwhile in Salem where such roads are seen too, the Salem Manufacturers' Association is interested in recycling domestic wastes. "Bitumen mixed with plastic flakes made from domestic waste displays better hardness, better resistance to water penetration and hence lasts longer," vouches a senior engineer at AMC.
Advertisement
Domestic plastic waste such as polyethylene, polypropylene and polystyrene can be converted into flakes or granules and then merged with the aggregate. Or, the plastic can be mixed with hot tar and later mixed in with the gravel. The amount of polyethylene that can be used goes up to 5 per cent while up to 20 percent of polystyrene can be used depending on the type of plastic. It is seen that waste plastic can replace about seven to eight per cent bitumen in case of road repairs, while for new roads up to 15 percent of waste plastic can be used.

Bacterium to Turn Toxic Waste in to Biodegradable Plastic Discovered
Irish scientists have isolated a bacterium that can convert a toxic waste product into safe, ......

Priests Chant 'Go-green Mantra' by Urging to Avoid Plastics and Use Solar Energy
As the Durga puja celebrations are in full swing at many places in the city, a new campaign has ......