Donna Fargo - is a country music singer and songwriter. She is famous for the country/pop crossover hit "The Happiest Girl In the Whole USA." Fargo announced in 1979 that she had multiple sclerosis, but continued with her career.

Barbara Jordan - (February 21, 1936  January 17, 1996) was an American politician from Texas. She served as a congresswoman in the United States House of Representatives from 1973 to 1979. In 1973, Jordan was diagnosed to have multiple sclerosis Adam Riedy - US Speed Skater

Carl Laemmle, Jr. - film producer and son of the founder of Universal Studios

hii, Me interested in seeking hsct[stem cell transplant] from India.me with rrms 5years post disease activity.Any one who has ms in India would be pyscological help for me.Please responds. Regards shaik

Chronic cerebrospinal venous insufficiency [CCSVI], or the pathological restriction of venous vessel discharge from the CNS has been proposed by Zamboni, et al, as having a correlative relationship to Multiple Sclerosis. From a clinical perspective, it has been demonstrated that the narrowed jugular veins in an MS patient, once widened, do affect the presenting symptoms of MS and the overall health of the patient. It has also been noted that these same veins once treated, restenose after a time in the majority of cases. Why the veins restenose is speculative. One insight, developed through practical observation, suggests that there are gaps in the therapy protocol as it is currently practiced. In general, CCSVI therapy has focused on directly treating the venous system and the stenosed veins. Several other factors that would naturally affect vein recovery have received much less consideration. As to treatment for CCSVI, it should be noted that no meaningful aftercare protocol based on evidence has been considered by the main proponents of the âliberationâ therapy (neck venoplasty). In fact, in all of the clinics or hospitals examined for this study, patients werenât required to stay in the clinical setting any longer than a few hours post-procedure in most cases. Even though it has been observed to be therapeutically useful by some of the main early practitioners of the âliberationâ therapy, follow-up, supportive care for recovering patients post-operatively has not seriously been considered to be part of the treatment protocol. To date, follow-up care has primarily centered on when vein re-imaging should be done post-venoplasty. The fact is, by that time, most patients have restenosed (or partially restenosed) and the follow-up Doppler testing is simply detecting restenosis and retrograde flow in veins that are very much deteriorated due to scarring left by the initial procedure. This article discusses a variable approach as to a combination of safe and effective interventional therapies that have been observed to result in enduring venous drainage of the CNS to offset the destructive effects of inflammation and neurodegeneration, and to regenerate disease damaged tissue.

I've was diagnosed with primary progressive ms last week. I've. Had no remissions at all I just get worse. I walk with crutches and suffer extreme exhaustion. I'm currently on a 5 day course of methylphenidate 500mg. I'm fed up of people saying think positively . I can think of nothing to be positive about. My old life has gone and I can't accept this new life. Infant it's not a life it's and existence . I feel a burden to my fiancÃ© and extremely guilty to my children. I have a 5 moth grandson who I can no longer pick up. I'm so so sad. No one understands. My whole family is distraught and I blame myself. I think they'll all be better off without me. Does anybody understand or am I being selfish?

I am so sorry you feel that way. I too have MS and have been devastated emotionally by the burden but things will change as they always do, so you need to ride the roller coaster for as long as life lets you. No one is ever better off without someone they love!

Will the person suffering from this disease has to take the medicines whole life.

Depends on the medication. Some are having so many side effects that it is not possible to take more than 2 years. But you can be out of it, especially if you are young and in the initial stage, and this without any unwanted side effects.

It is a disease for the whole life, but the treatments are not available, until you search in the right direction for it. It can be cured, as I know a few from them.

I am currently in limbo being tested for MS. I had a brain MRI in April that showed multiple [non-specific]white matter lesions in the sub cortical areas. I have a spinal MRI booked in October. A bit of history: In 2001, I woke up in the middle of the night tried to roll over and couldn't because my right side was numb. By morning I had some feeling and movement back but the side was still week and tingly. Dr ordered a CT scan and said there were no signs of stroke but definitly something neurological. It was left at that. In 2006, I started getting a burning/ tingling feeling in the back of my legs. I had moved so I had a different dr he figured it was sciatica. This would come and go lasting anywhere from a few hours to a week at a time. In 2009, I started having numbness in my toes. It went downhill from there. While camping one day I had a reaction to heat from the sun. My hands and feet started to feel like they were burning. We were at a lake and I had to go sit in the shade. Over the course of the day it got more intense and I started getting weird sensations in my arms electic type pains and even the feeling as if someone was flicking water on my arms. The pain continued to intensify and by the end of the day I could hardly bend my fingers. This lasted 3 days it hurt so bad I even slept on the floor with my hands over the air conditioner. For the next four months I felt aweful. Weak, tired, could hardly walk up the stairs. Pain in my legs especially at night. Pain in my jaw/throaght, headaches, ears ringing,dizzy spells, numbness and tingling. the dr tested me for lupus twice, diabetes twice, porphiria and did like a hundred blood tests all came up negative. I moved back to the town I lived in before a short while later. I felt great for about a year and a half then all of a sudden I started getting the leg pain again. I also started getting tingling and numbness and twitching in my face and eye. My feet and wrists started hurting and going numb, blurry vision in my eye never lasting more then a minute, chest pains, weakness, bladder issues and the scariest was when my legs went numb from the knees to my toes (lasted about 5 hours). It is to the point I had to stop working until they figure out whats going on and treat it. My doc is unsure as to what further testing should be done. Any suggestions or advice is welcomed. 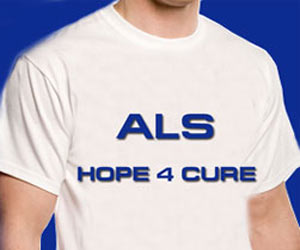 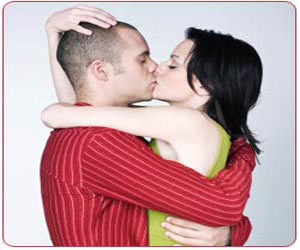 Lumbar Puncture (Spinal Tap) - Surgical Procedure
Lumbar puncture is a diagnostic procedure to obtain a sample of cerebrospinal fluid surrounding the brain and spinal cord by introducing a special lumbar puncture needle into the spinal space via the skin of the lower back.
READ MORE