What is External Beam Radiation Therapy for Prostate Cancer?

Radiotherapy for prostate cancer is an alternative to surgical treatment such as Radical prostatectomy and over the years the results of this treatment have improved and currently the results seem to be comparable to surgery.

New era of medical research and treatment with radiations began, following the ground-breaking discovery of radioactive elements radium and polonium by Madam Marie Curie. Radiation therapy is now an essential part of Cancer therapy around the world. The Treatment modality is now highly developed and sophisticated for cancers like Prostate cancer.

Radiotherapy for Prostate cancer is used for different stages of the cancer and is indicated as follows:

When is External Beam Radiation Therapy (ERBT) Not Used?

ERBT is contraindicated in patients with history of gastrointestinal problems like ulcerative colitis and diverticulitis as well as in patients with poorly controlled Diabetes, because EBRT in these patients will carry high risk of Intestinal Obstruction, Perforation, Colitis and Proctitis.

When is External Beam Radiation Therapy (EBRT) for Prostate Cancer?

Imaging evaluations like X-ray, CT scan or MRI of pelvis area is done before initiation of the therapy to identify the exact location of prostate cancer. Once the tumor size and location is known, physicians put some ink marks on the skin of patient which are then used to focus radiation beams on affected area.

Mostly the patient is treated 5 days a week as an out-patient up to 7-9 weeks. The procedure is painless and is completed within few minutes.

Observational research suggests that when patients with localised cancer are treated with EBRT, 60-65% of them have disease-free survival up to five years. However, 10 year disease free survival rate is observed in only 30-40% and disease recur in 70-80% patients at 15 years after therapy. The long term results of radical prostatectomy are considered better than EBRT.

What are Different Types of EBRT?

With advancement in technology, newer EBRT techniques have been developed which can administer higher dose of radiation which are more focused to the tumor to reduce radiation to adjoining structures and hence lower the side effects of the treatment.

In 3D-CRT, location mapping of prostate tumor is done using advanced technology like CT and MRI, after which precisely shaped and focused radiation beams are administered to the patient. During the course of therapy, the patient is confined in a Plastic body cast to reduce movement and increase accuracy of the treatment.

Research suggests that 3D-CRT is more effective in the patients whose pre-treatment PSA (prostate specific antigen) level are 10-20 ng/ml. Also the therapy is 30% more effective as compared to the EBRT in providing disease free survival up to five years.

IMRT is an advanced form of 3 Dimensional conformal radiotherapy. Currently, it is the most common method of EBRT used for treating prostate cancer. A movable unit of the machine moves around the affected area to deliver focused radiation beams from different angles. The main advantage of this method is that the radiation dose can be adjusted and reduced during the course of treatment so that normal surrounding tissues are less affected and hence it lowers the side effects of radiation.

Recent IMRT machines carry an in-built imaging scanner. This advanced technique is known as Image guided radiation therapy (IGRT). Imaging scanners in IGRT allow the Radiologist to capture picture of prostate tumor during the procedure and allows him to make necessary Radiation dose adjustments in order to enhance effectiveness and reduce radiation toxicity to normal surrounding tissues. However, further research is warranted to verify the safety and efficacy of this method.

In another form of IGRT, minute implants are placed in the prostate tumor which emits radio waves which act as the guide to Radiation machine for delivering more focused radiation. The main advantage of this technique is that it guides the radiation machine to make even the minutest movement adjustment even if the patient moves during normal breathing. The machines that use this are known as Calypso®.

A Major Meta-Analysis of 23 studies among 9556 Prostate patients, by Yu et Al in 2016 has found out that IMRT produces less toxicity has shown significant reduction in Morbidity and gastro-intestinal toxicity when compared to 3D CRT.

While VMAT technique is more convenient for the patient, so far no research has been identified to prove it superior to IMRT.

The entire course of treatment is completed within few days with SBRT as compared to few months with other forms of External beam radiation therapy and therefore reduces the overall cost of prostate cancer treatment.

However, recent clinical trial performed at Yale School of Medicine suggested that patient taking SBRT are at higher risk of developing genitourinary and gastrointestinal radiation toxicity as compared to the conventional IMRT.

Proton beam Radiation therapy utilises protons for generating radiations unlike X-rays used in other types of EBRT. X-rays emit radiation energy both before and after hitting the target and therefore affects the surrounding normal tissues. On the other hand, protons first travel up to particular distance and then release energy. This characteristic of Proton beams allows them to deliver higher energy to prostate tumor in a more precise manner. Techniques similar to those used in 3D-CRT and IMRT are also used for Proton beam radiation therapy.

Although early results are promising, so far studies have not shown that proton beam therapy is safer or more effective than other types of EBRT for treating prostate cancer.

Right now, proton beam therapy is not widely available. The machines needed to make protons are very expensive, and they arent available in many centres or countries. Proton beam radiation might not be covered by all insurance companies at this time.

Combining Radiotherapy with Other modes of Treatment for Prostate Cancer

Radiotherapy can be combined with hormonal therapy or surgery to improve treatment outcomes. There are various terms used for this combination

What is Combined Radiotherapy and Androgen Ablation?

The combined radiotherapy and androgen ablation are gaining significance in treating Prostate cancer with Intermediate grade cancers such as Gleason scores of 7 or more, which suggests bi-lobar and more severe cancer, which is moderately curable or very unlikely to be cured. The Treatment modality uses both the androgen ablation using hormone therapy and External beam radiation together or in alternative stages.

Research by Radiation Therapy Oncology Group (USA) has found that 4 months of hormonal ablation therapy along with EBRT is more effective in producing disease-free survival (identified by low levels of PSA) at 5 years as compared to EBRT alone for patients with Gleason score of more than 6.

In case of more curable early stages of prostate cancer, the European Organisation for Research and treatment has found that primary total hormonal ablation therapy for reducing the size of tumor increases the effectiveness and outcome of 3D-CRT in producing disease free survival at 5 years.

What is Adjunctive EBRT?

When External beam radiation therapy is given in addition after prostate surgery or in addition to Brachytherapy, it is known as adjunctive EBRT.

As per the findings of Radiation Therapy Oncology Group (USA), combination of EBRT and permanent implant brachytherapy provides higher rate of disease free survival at 5 years for high-risk patient as compared to brachytherapy alone or surgery alone.

In many cases, higher PSA levels are detected even after Radical prostatectomy, which suggests incomplete removal of prostate tumor. Adjunctive EBRT is applied in such cases. American Society of Therapeutic Radiation Oncology suggest that post-operative EBRT reduces the PSA levels by 70% and therefore provides more effective destruction of prostate tumor.

What are the Possible Side Effects of EBRT?

It should be noted that with advancement in EBRT techniques which administer focused radiations, the rates of these adverse effects are decreasing. 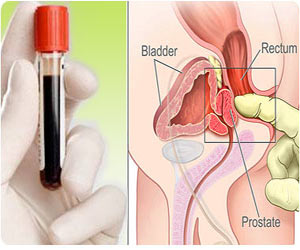 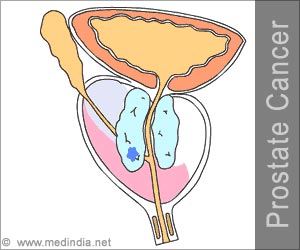 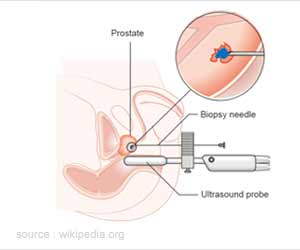 Radical Prostatectomy - Surgical Procedure
Radical prostatectomy is a surgical procedure that involves removal of the prostate gland and seminal vesicles for the treatment of localized prostate cancer.
READ MORE