A boil, or skin abscess, is a localized infection deep in the skin. A boil generally starts as a reddened, tender area. Over time, the area becomes firm and hard. Eventually, the center of the abscess softens and becomes filled with white cells that the body sends to fight the infection. This collection of white cells is known as pus.

Finally, the pus "forms a head" and drains out through the skin. Skin abscesses may occur anywhere on the body. They affect people of all ages.

There are several different types of boils. Among these are:

There are many causes of boils. Some boils can be caused by an ingrown hair. Some are caused when a localized infection causes pus and infected material to collect in the skin or subcutaneous tissue. Others, such as those of acne, are caused by plugged sweat glands that become infected. Skin abscesses may follow a bacterial infection, commonly an infection with a bacteria called staphylococcus.

Complications of abscess are:

Systemic spread of infection will cause:

We deal with vitiligo, psoriasis [neurodermatitis], eczema, plane warts, urticarial, acne (pimple), scabies, skin allergy, ichthyosis, prurigo nodularis, tinea of feet and hands, tinea of the scalp and tinea of the body. We also treat dermatitis, herpes, melisma and erythroderma and various other skin diseases. We employ fumigation-washing therapy, in which secret prescriptions are used to nourish the blood so that the skin flourishes. The prescription is individualized to treat both symptoms and root causes of the disease. The achievements are remarkable and the hospital has become a specialized one with unique features.s

i hate boils couze they are too painfull

i need medications for boils..I normally notice when ever i barbe,i do have boils...

I am 27 years old and I am always having boils that only farm around my stomach area. I been taking all kind of antrobic and they are not working. I need to find out what can I us to stop them. I had one last weekand tell me why I have another one. It make me feel bad because I'm the only one in the household that is getting them back to back. I been to the doctor serveral times and all the give me is antrobic to take for seven days. I nees to know what to do because this is really getting on my neverous. 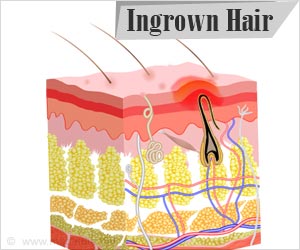 Ingrown Hair
Ingrown hair is a condition where the hair curls back or grows sideways into the skin. It may or may not be accompanied by folliculitis or razor bumps.
READ MORE

Erythroderma
Erythroderma is a condition characterized by widespread reddening of the skin that occurs due to an inflammatory disease.
READ MORE