Arsenic poisoning or arsenicosis is a condition that is caused by consuming, absorbing or inhaling more than the optimum levels of arsenic, which is a semi-metallic element that is capable of forming an array of poisonous compounds. It is present in ground water all over the world.

Arsenic has no smell or taste and hence is hard to detect, even if it is present in dangerous levels. Arsenic poisoning occurs mainly through contaminated drinking water and occupational exposures.

One of the most severe cases of poisoning by arsenic through drinking water was reported in Bangladesh, which the WHO termed as "largest mass poisoning of a population in history."

Studies in Northern India have revealed that arsenic has not only seeped into and contaminated ground water, but has also entered the food chain, as revealed by tests on samples of food crop such as rice, maize and sugarcane. Rice is particularly susceptible to arsenic poisoning. Foods such as poultry, fish and meat have also been found to contain traces of arsenic.

Certain industries such as that of glass, wood, smelting and pesticide industry make use of arsenic or produce it as by-product.

In adults, the acute minimal lethal dose of arsenic is estimated to be about 1 mg/kg/day. Arsenic poisoning has been found to be detrimental to health. It has now come to light that people who have been drinking water contaminated with arsenic for several years suffer various ailments.

Symptoms and Signs of Arsenic Poisoning

Arsenic poisoning displays an array of symptoms and needs to be properly treated to avoid fatality.

Body organs that are usually affected by arsenic poisoning include skin, lungs, kidneys, and liver.

Initial symptoms include the following-

As the poisoning increases, convulsions and fingernail pigmentation changes (leukonychia) could occur.

Symptoms of acute arsenic poisoning include-

If arsenic poisoning is not treated properly, the patient could enter into a coma and eventually die.

Treatment and Prevention of Arsenic Poisoning

Arsenic poisoning is capable of causing life- threatening health issues and can even prove fatal if not treated on time.

Diagnosis of arsenic poisoning over a year can be measured by studying samples of blood, hair, urine, and fingernail. Urine tests within a day or two after exposure can help to analyze poisoning at the initial stage.

Treatment for arsenic poisoning has been the same as that of metallic poisoning, especially in third world countries, and this has not been able to provide the necessary relief to long-time sufferers. Instead of single drug therapy, a combination therapy has been tried using a drug which has monoisomyl succimor as its base, along with aloe vera. The drug has a better ability to penetrate cell membranes, get attached to the arsenic content and to excrete it from the body. The potent antioxidants in aloe vera can combat the oxidative stress that arises from arsenic poisoning.

Other steps to counter arsenic poisoning-

Arsenic poisoning can be prevented through the following methods-

The problem of groundwater being contaminated with arsenic can be mitigated to a large extent by installing filters at community level. Care must be taken to see that these filters are cleaned and maintained regularly and that the sledge generated by these filters is disposed off properly.

Although arsenic has been found to be beneficial in treating cancer, its risks far outweigh its benefits. Proper prevention can only be brought about by educating people about the hazards of arsenic poisoning.

Those who are exposed to arsenic for longer periods of time must be monitored periodically for early signs of damage.

If anyone intakes 5 spoons of arsenic trioxide without their knowledge what will happen? will that end their life? 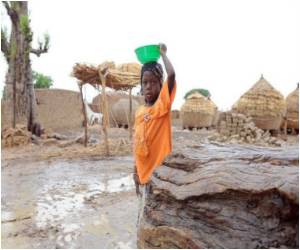 22 Bihar Districts Hit by Arsenic: Public Health Minister
Chandra Mohan Rai has said that high levels of arsenic and fluoride have been found in the groundwater of 22 Bihar districts, posing environmental and health hazards.
READ MORE

Filtering Material Used in Making Beers Increases Arsenic Levels
Researchers revealed that they have managed to solve the mystery of how arsenic levels in beer sold in Germany could be higher than in the water or other ingredients used to brew the beer.
READ MORE 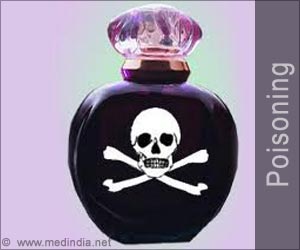 Quiz on Poisoning
How much do you know about poisoning? Test your knowledge by taking this ...
READ MORE

Chelation Therapy
The process of removing heavy metals from the body is known as Chelation Therapy. Learn more about the medical procedure of chelation therapy.
READ MORE
Sign up for Wellness Consult a Doctor Sign up for Selfcare