Depression is a very common problem in todays world, with some reports indicating that around one in every four people may be suffering from this mental illness.

Depression during pregnancy is also very common with an incidence of 6 to 38%. Some women may have been suffering from depression even before pregnancy. Several hormonal changes take place during pregnancy, which also affect the mood. 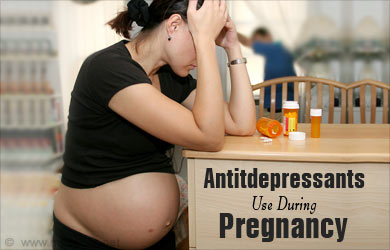 Why is Treatment of Depression in Pregnancy important?

Studies indicate that depression during pregnancy could affect the mother as well as the baby. There are reports, which indicate that untreated depression during pregnancy could result in preterm babies, low birth weight, or behavioral changes like irritability and reduced activity in the baby. Depression could also make it difficult for the mother to deal with the additional stress of the pregnancy, and manage household issues and other children as well. Suicidal thoughts may also disturb the woman. The woman should not be left to battle depression on her own in this delicate period of her life.

What are the Options for Treatment of Depression during Pregnancy?

Depression during pregnancy can be treated with medications or through alternative approaches. Psychotherapy including cognitive behavioral therapy and interpersonal therapy have been found to be useful in non-pregnant as well as in pregnant individuals. Moreover, it is free from adverse effects. Yoga may also be beneficial though it should be done only under the guidance of a trained yoga teacher. Herbal medicines should be avoided as far as possible since their unknown effects could be detrimental to pregnancy. 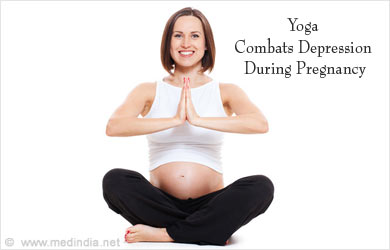 Which Patients are Advised Antidepressant Medications during Pregnancy?

Which are the Common Antidepressants Used during Pregnancy?

Drugs belonging to the selective serotonin reuptake inhibitor (SSRI) group are commonly used during pregnancy and otherwise. Drugs in this group include fluoxetine, fluvoxamine, and sertraline. Newer drugs are preferably avoided during pregnancy till adequate information regarding their safety is obtained. The older class of drugs, the tricyclic antidepressants which include amitriptyline and imipramine, are used very rarely. The use of other antidepressants like atypical antidepressants in pregnancy is even rarer.

Are Antidepressants Safe during Pregnancy?

Antidepressant drugs when taken during pregnancy cross the placenta and reach the fetus. Thus, the baby is exposed to the drugs in its developmental stages. Several studies have been conducted to assess the effect of antidepressant drugs taken during pregnancy on the baby. However, no studies have produced definitive results to conclude if antidepressants cause harm to the baby. Adverse effects noted in babies whose mothers received SSRI antidepressants during pregnancy include neurobehavioral changes like tremors, increase or decrease in muscle tone, irritability, spasms and problems with sleep. Mild respiratory distress and low blood sugar levels have also been noted. However, these effects have been temporary and were not usually associated with any long-term consequences. Some of these changes were considered to be a part of neonatal adaption syndrome. Neurobehavioral changes were also noted in the baby with the use of tricyclic antidepressants during pregnancy.

Paroxetine, in particular, has been associated with heart anomalies when taken in the first trimester and should, therefore, be avoided in pregnancy.

Antidepressants also increased the risk of preterm birth, especially when taken later during pregnancy, and resulted in low birth weight. It is also possible that they can cause miscarriages in early pregnancy. 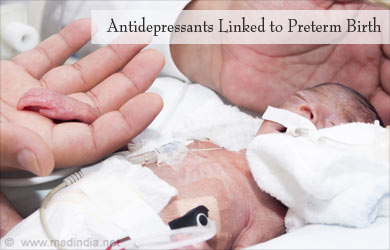 Antidepressants have a potential risk of persistent pulmonary hypertension in the newborn. The condition results in a lack of oxygen in the body and causes damage to the lungs, heart and even the brain.

What are the Current Recommendations Regarding Use of Antidepressants in Pregnancy?

Studies indicate that treatment is critical for depression as it can adversely affect pregnancy. The SSRIs are commonly used as antidepressants during pregnancy. SSRIs do cause side effects but most of them, like neuro-behavioral side effects, are short lasting and do not usually have any long-term consequences. Some other side effects like heart defects and persistent pulmonary hypertension of the newborn have been noted, however, they are very rare. Most studies suggest that: 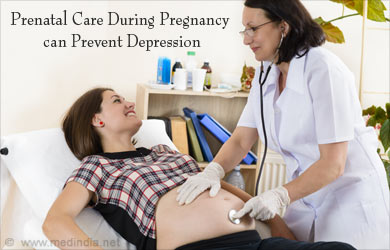 Thus, till more is known about the topic, current recommendations indicate that antidepressants can be used in pregnancy if their benefits are likely to overweigh the risk on the health of the fetus and the pregnancy.

Latest Publications and Research on Antidepressants Use during Pregnancy

Quiz on Antidepressants
The use of antidepressants is quite common with an increase in stress-related depression of the modern world. The tricyclic antidepressants like amitriptyline and imipramine are among the older drugs for the treatment of depression. Newer drugs like ...

Depression Symptom Evaluation
Depression occurs due to alterations in the levels of neurotransmitters in the brain.

Depression
Depression is one of the most common mental disorders affecting approximately 340 million people in the world. No one is immune from depression - it occurs in people of all social classes, all countries and all cultural settings.
Sign up for Wellness Consult a Doctor Sign up for Selfcare
Advertisement
Health Topics A - Z
A B C D E F G H I J K L M N O P Q R S T U V W X Y Z

Loram (2 mg) (Lorazepam) Blood Pressure Calculator Find a Hospital The Essence of Yoga Drug Interaction Checker Daily Calorie Requirements Post-Nasal Drip Drug Side Effects Calculator Noscaphene (Noscapine) A-Z Drug Brands in India
This site uses cookies to deliver our services.By using our site, you acknowledge that you have read and understand our Cookie Policy, Privacy Policy, and our Terms of Use  Ok, Got it. Close