What is a Miscarriage?

Sometimes the smallest thing takes up the most place in your heart. As they say, The best and most beautiful things in the world cannot be seen nor touched, but are felt in the heart. This is exactly what you feel when you are pregnant. However, sometimes the happiness you experience may only be short-lived and momentary. There may be many reasons for your inability to carry your pregnancy to full term, but each little life, no matter how brief it may be, changes your world forever.

A miscarriage or what is medically known as spontaneous abortion is the loss or death of a baby, which typically happens before the 20th week of pregnancy. Studies have shown that nearly 50% of all pregnancies end in a miscarriage and this happens most often before a woman misses her menstrual period or even knows she is pregnant. It is also estimated that more than 80% of miscarriages happen within the first three months of pregnancy.

During a period of physical or emotional stress, the brain releases several hormones in our body; one of the hormones is the corticotropin-releasing hormone (CRH). Incidentally, CRH is also produced in the placenta and the uterus of pregnant women to trigger uterine contractions during labor and the delivery process. It has been observed in numerous studies that women who deliver prematurely or have low birth-weight babies were found to have high levels of the hormone CRH in them.

The majority of miscarriages are random, isolated events and the exact cause cannot be pinpointed. Henry Lerner, a clinical professor of obstetrics and gynecology at Harvard Medical School says, Since you got pregnant once, the odds are 80 percent that you will go on to have a healthy baby and as many healthy babies after that, as you want. Women who go on to have two or three miscarriages (called recurrent miscarriage) may ultimately learn they have a medical problem that is causing their pregnancies to end spontaneously, but even with recurrent miscarriage, half the time there is no known cause.

Risk Factors and Reasons for Miscarriage

Drinking many cups of tea and/or coffee in a day (more than 200 mg of caffeine) could also affect the fetus.

Stress is part of everyday life. Every pregnant woman worries at least a little bit, whether it's about the pregnancy or about other life factors. This has been going on since time immemorial, and yet the majority of pregnant women give birth to healthy babies.

When you start talking about stress as a factor in pregnancy loss, it is easy to self-blame and think that you had a miscarriage because you were too stressed out. However, never let this happen since you are bound to be stressed out even more.

Being overly stressed during pregnancy could affect the fetus in more ways than one, so it is essential to make stress management a top priority.

New research now suggests that too much stress during early pregnancy could lead to a miscarriage, hence it is advisable to avoid stress during the early stage of pregnancy.

In this new study, researchers from the University of Michigan found that women who suffered from stress were three times more likely to have miscarriages during the first three weeks of pregnancy. The women who participated in the study did not know that they were pregnant due to the early stage of pregnancy.

Scientists stipulated that the stress hormone cortisol could have a role in this, however, they were not sure. Thus, the research suggests that it is vital for pregnant women to stay stress-free, especially during the early stages of pregnancy. They stated that excessive stress may be something like the loss of a job, the end of a relationship with a loved one, the end of a marriage, or the death of a close family person, among others.

The research team, led by Pablo Nepomnaschy of the National Institute of Environmental Health Sciences in America, measured cortisol levels three times a week, for a period of one year, in 61 women. The study is incidentally the first one to link increases in cortisol levels to very early-stage pregnancy loss.

The researchers studied the cortisol levels in 22 pregnancies that occurred in 16 women, and they found that 90 percent of women, whose ages ranged from 18 to 34, had elevated levels of the cortisol and miscarried during the first three weeks of pregnancy as compared to 33 percent of those with normal levels.

In another series of studies conducted by researchers in Germany, it was shown that when pregnant mice were subjected to different forms of stress, such as loud noises, among others, they developed hormonal imbalances that could potentially turn the immune system against the fetus.

The researchers think cortisol, released during stress, suppresses the production of progesterone, which is a hormone responsible for a healthy pregnancy. This reportedly sets off a domino effect that eventually stops the immune system from tolerating the foreign cells of the fetus.

Lead researcher Petra Arck conducted a study to see the effect of stress on 864 pregnant women. They found that the 55 women, who miscarried, reported a higher level of stress and lower levels of progesterone as compared to the others. Arck also said that they were able to prevent the miscarriages of mice, who were under stress, by giving them an artificial version of progesterone and that she hoped to try out the same in pregnant women in the near future.

How to Manage Stress During Pregnancy

Relax and Focus on Your Health

One of the best ways to relax is by laughing, whether it is by watching a comedy movie, or a TV serial, or anything amusing that is happening around you. Laughter, incidentally, is known to improve your mood by releasing chemicals in your brain. Take good care of your health and do not exhaust yourself.

You could consider doing prenatal yoga and meditation under the supervision of your physician. Visualize good things about your baby. Meditation for just about 20 minutes in a day will calm you down and moreover, you could do it anywhere you wish.

When stress levels become overwhelming, take a break, sit down in a quiet place, and close your eyes. Take five full breaths and when doing so, notice the rising and falling of your chest muscles. This helps you calm down instantly.

Eat Well, Stay Hydrated, and Get Plenty of Sleep

There cannot be a better time than now to eat a good, balanced meal. Remember, your baby needs all the vital nutrients, whether it is omega-3 fatty acids, vitamins, or minerals.

Fishes, such as salmon, tuna, mackerel, sardines, among others, are not only good sources of omega-3 fatty acids, but also help in reducing depression as well.

Tryptophan, an essential amino acid, mainly found in nuts, seeds, fresh chicken, eggs, and yogurt not only helps you sleep well by raising the brain chemicals serotonin and melanin, but also boosts your feeling of well-being.

Drink plenty of water and juices to stay well hydrated throughout the day as dehydration is known to cause headaches and also affects your mood.

Rest and get plenty of sleep while you can.

Gentle exercises are not only good to keep your body fit but is also good for the baby. Brisk walking for about 20 minutes in a day is a good way to start. Pregnancy yoga helps you control your anxieties by teaching you to breathe and relax. You could also consider swimming after taking approval from your physician; it keeps your body toned without being too hard on your joints. At work, make sure you get up and stretch once in a while, especially if your work calls for being bound to the desk most of the time.

During pregnancy, even simple household chores can sometimes become overwhelming. Dont let this stress you out, take help from friends and family who could provide all the support you need to get through this not only during pregnancy but even after the baby is born. Ask your health care provider about other helpful resources within your community.

Enrich your knowledge about labor and birth by taking child-birth classes. It will tell you what all you should expect during your pregnancy as well as when the baby is born. It will also teach you breathing and relaxation techniques.

So, to sum it up, if you are worried and concerned about early miscarriage, concentrate on taking good care of your health and your baby. Avoid the known risk factors and seek regular prenatal care. Remember, by taking good care and following your doctor advice, you will one day have the joy of holding your baby in your own arms!

Latest Publications and Research on Stress and Miscarriage 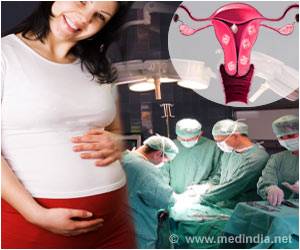 How Common Is First Trimester Miscarriage And What Is The Cause?
Though a specific cause for miscarriage cannot be identified, almost 70 percent of first-trimester miscarriages are caused by chromosomal anomalies.
READ MORE 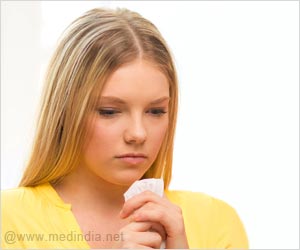 Quiz on Miscarriage
Take this miscarriage quiz and test your knowledge about miscarriage, its types and pregnancy after ...
READ MORE
Sign up for Wellness Consult a Doctor Sign up for Selfcare