Saffron, the stigma of the flowering plant Crocus sativus Linn (Iridaceae) is used widely in tropical and subtropical countries for a variety of household and medicinal purposes. The word "saffron" is derived from the Arabic word za'faran, which translates to "yellow." The unique color, flavor and other properties of saffron give it the culinary and medicinal characteristics that make it renowned all over the world.

Saffron contains more than 150 volatile and aroma-yielding compounds. The strong odor of saffron is due to the 40-50 volatile components present in it. Also, saffron has many non-volatile constituents such as carotenoids, zeaxanthin, alpha, beta and gamma-carotenes and lycopene. Certain characteristic components of saffron give saffron its trademark color, taste and odor. They are crocin  responsible of the color, picrocrocin  responsible of the bitter taste, and safranal  responsible odor and aroma. 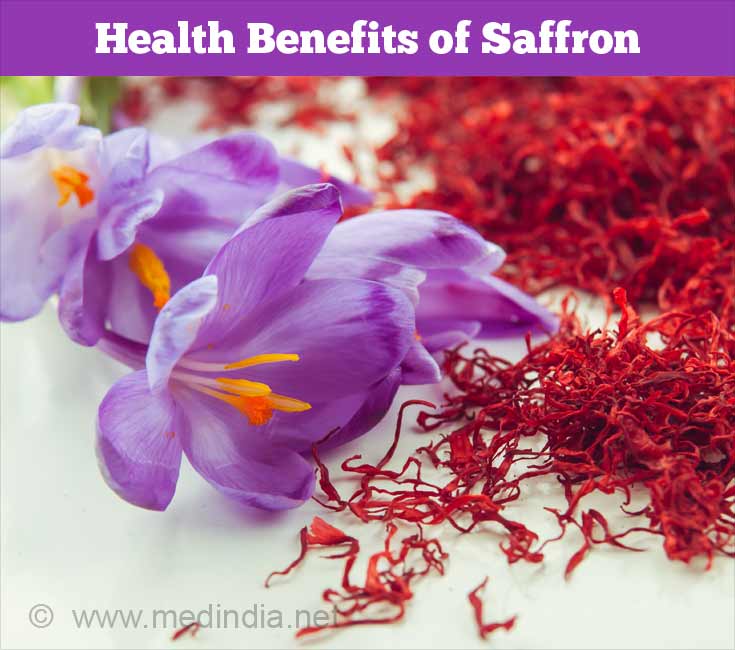 Potential healing properties of saffron and its constituents are prominent against cancer, depression, anxiety, erectile dysfunction, diabetes, heart disease, ulcer and it improves learning and memory skills. In addition to Crocin and picrocrocin, other chemical compounds like anthocyanins, flavonoids, vitamins (riboflavin and thiamine), amino acids, proteins, starch, mineral matter, gums have been found in saffron. 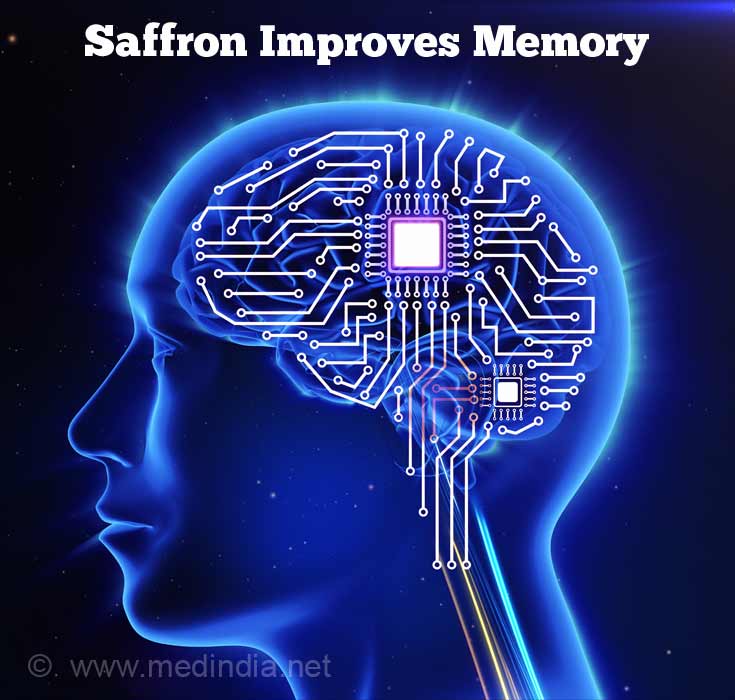 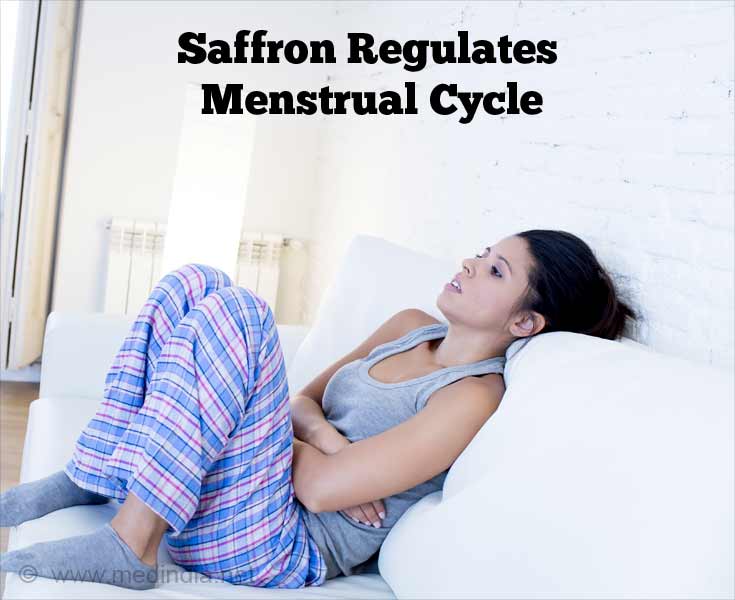 How to use Saffron?

Commercially, saffron is available as dried strands or as powder. Take few dried strands of saffron and soak in about 2 to 3 teaspoons of hot water or warm milk. The color of the strand leaches into the water in a few hours depending on the quality of the saffron. For better results, you can soak the saffron overnight and use just a few drops of the water in your dish.

Saffron is used for flavor, color and to enhance the aroma of a dish. It is more of a flavoring ingredient than a main ingredient. Saffron is used in various cuisines all around the world. In some regions, it marks a traditional dish. 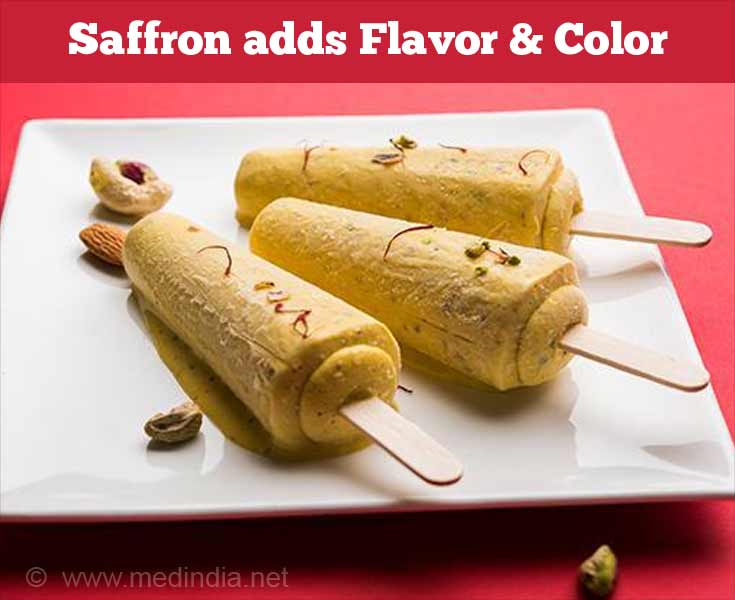 Seafood dishes such as bouillabaisse and paella, risotto and other rice dishes are never complete without saffron. Any tomato based sauce, beef stew tastes delicious with the magic of saffron.

Add saffron threads, garlic, and thyme to vinegar to make a wonderful marinade for fish. Saffron is also used in bread and cake cooking.

The nutritional values of "Saffron" per 100 grams are:
Data source: USDA Nutrient Database, R25
*Percent Daily Values (%DV) are based on a 2,000 calorie reference diet. Your daily values may be higher or lower based on your individual needs.
To See Full Nutrition Facts & Analysis for Saffron - click here

Latest Publications and Research on Health Benefits of Saffron

Multiple Sclerosis may be Potentially Treated by Persian Spice Saffron
Medical researchers have found that an active ingredient in the Persian spice saffron may be used to treat diseases such as multiple sclerosis.

Detanning Skin with Home Remedies
Tanning is a very common problem in summers. Detanning could be an easy job at home with the help of home remedies to nourish, detan and moisturize skin naturally

Edible Flowers for Health
Flowers bloom to touch your soul with its beauty and bring out your innate healing potential. There are innumerable flowers, which are edible that enhance flavor, texture, and palatability to your food besides promoting health.
Sign up for Wellness Consult a Doctor Sign up for Selfcare
Advertisement
Health Topics A - Z
A B C D E F G H I J K L M N O P Q R S T U V W X Y Z