Ginseng and Saffron can Act as Aphrodisiacs 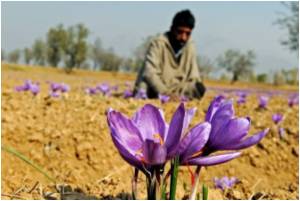 Man's quest for an aphrodisiac that can be commonly used in the diet can be at an end after a new study published in the journal Food Research International suggests that items such as ginseng and saffron can increase sexual desire.

Researchers from University of Guelph, Ontario, analyzed hundreds of food items and found that apart from ginseng and saffron, other items such as cloves, garlic and yohimbine, a substance that grows naturally in West African trees, also increase sexual desire.

The researchers also found some surprising facts. While chocolate is often considered to be a potent aphrodisiac, its consumption did not alter the level of sexual desire while drinking alcohol in fact interfered in sexual performance.


"Aphrodisiacs have been used for thousands of years all around the world, but the science behind the claims has never been well understood or clearly reported", lead researcher Massimo Marcone said.


Source: Medindia
Advertisement
<< Most Asthmatic Kids Do Not Use Inhaler in Correct Manner
White Coat Syndrome Common Among Hypertensive Patients >>

Find a Doctor Diaphragmatic Hernia Sinopril (2mg) (Lacidipine) Calculate Ideal Weight for Infants Drug Side Effects Calculator Daily Calorie Requirements Selfie Addiction Calculator Blood - Sugar Chart The Essence of Yoga Vent Forte (Theophylline)
This site uses cookies to deliver our services. By using our site, you acknowledge that you have read and understand our Cookie Policy, Privacy Policy, and our Terms of Use