Effects of over-exposure to loud music from earphones is gaining concern. Headphones used at unsafe volumes for prolonged periods may result in hearing loss.

Headphones are a pair of small speakers worn on or around the head over the ears to listen to audio signals from electronic devices such as iPods, mp3 players, smart phones and other music players without disturbing anyone nearby.

During the past decade, the damaging effects of excessive exposure to loud music from portable earphones have gained attention.There is an increasing concern as headphones are often listened to at unsafe volumes for prolonged periods by adults, teens and even young children.

The World Health Organization (WHO) estimates that about a billion young people worldwide could be at risk of hearing loss due to unsafe listening practices.

It has been generally accepted that excessive exposure to loud music may result in noise induced hearing loss (NIHL). Most teenagers and young adults who are at maximum risk are unaware of the dangers of loud music.

Studies show that hearing loss is on the rise in youngsters due to excessive noise exposure from using headphones.

How does using Headphones affect your Hearing?

Using headphones/earphones at very high volume for long periods cause:

Tinnitus [Noises in ear] - This is mostly due to the exposure to extremely loud noise. It is a ringing, buzzing, roaring noise in the ear or head. Damage to the hair cells in cochlea [part of inner ear] is mostly responsible for this condition. The hair cells transform sound waves into nerve signals which are relayed to the brain. When the brain does not receive the nerve signals properly it produces abnormal nerve signals to compensate for the missing input by the cochlear hair cells. This resulting electrical noise is known as tinnitus.

Hyperacusis - is an increased sensitivity to normal environmental sounds. As many as 63 percent of tinnitus patients also suffer from hyperacusis.

Hearing loss - Listening to loud music [volume greater than 85-90 decibels] daily and for prolonged periods can result in NIHL (Noise Induced Hearing Loss). The loss may be temporary or permanent.

How does using Headphones affect your Health?

Using headphones for prolonged periods not only affect the ears. But also other parts of the body:

Ear infections - are common as regular use of earphones enhance the growth of bacteria and also transfer other persons bacteria to your ears, if they are shared with others. Also, as earphones are placed directly into the ear canal, they block the air passage which further increases chances of developing infections.

Numbness in ears - may occur after exposing ears to loud music. This may lead to muffled hearing, temporary or permanent hearing impairment.

Excessive ear wax - which is result of using headphones for long duration may result in tinnitus, difficulty in hearing, earache and recurrent ear infections.

Pain in the ears - can be a referred type of pain which may extend to the inner ear due to a poorly fitting headset. This causes soreness in the vicinity of the ear from the jaws to the top of the head. Barotrauma earaches occur when one uses headphones with powerful speakers which put more air pressure on the eardrum. This causes pressure differences inside and outside the eardrum which along with sealed designs of the headphones causes the ear pain.

Effect on the brain - is due to the electromagnetic waves generated by the headphones. These can cause problems for the brain in the long term. Also, since the inner ear has a connection with the brain, any damage or infection in the ear can also affect the brain.

Dizziness - may be caused due to increased pressure in ear canal caused by loud noise.

Loss of connection with reality - may result in serious consequences like accidents. People who use headphones when walking or jogging on the road are so engrossed in their private world that they may not be able to hear the honking of vehicles or an approaching train and become victims of accidents. Also this behaviour may endanger the lives of others who may want to help them. There has been a sharp rise in such accidents worldwide.

Increased psychological stress and anxiety - has been noted in people living in noisy surroundings. This can affect a persons social life, mental health and the ability to perform at optimum levels.

Learning disabilities - are also common outcomes of hearing loss. Chronic noise exposure in classrooms is known to affect a childs academic performance in areas such as reading ability, comprehension and memory [both short and long term]. Studies indicate that children who are exposed to noisy learning environments have lower assessment scores on standardized tests.

Bad Effects of Headphones on Brain

Research has proven that loud music on headphones damages the nerve cells and has the same effect on nerves as multiple sclerosis [a progressive autoimmune disorder affecting nervous system].

It is well known that loud noises can lead to hearing problems such as temporary hearing loss, tinnitus, and even permanent hearing loss. But only recently have the scientists been able to identify damages to nerve cells as a result of noise exposure.

The good news according to results that have been published in the scientific journal, Proceedings of the National Academy of Sciences is that myelin loss as a result of noise pollution is reversible. The myelin sheath re-grows over time, which means that the hearing loss can be recovered.

How to Listen to Music on Headphones without affecting your Ear?

The following tips can help you use headphones in a way that doesn't affect your health.

Keep the volume at 60% of the maximum volume. After every hour, it is advisable to remove headphones for 5 minutes to give the ears some rest.

Avoid using headphones that come in direct contact with the ear canal. These increase the loudness by 7-8 decibels as they blast the music directly into the ears. The big headsets even though are heavy are preferable because they remain outside the ears.

Sanitize headphones regularly to prevent a buildup of bacteria, sweat and shed skin. If headphones have sponge covers change them once a month. Avoid sharing headphones with others.

Do not use earphones/headphones when traveling by car, bus, train or even walking. When traveling in a noisy bus or train, the noise of the surroundings adds to the decibel level, making it too loud for the ears. The loud environment can also tempt us to raise the volume which can cause permanent damage to our hearing.

Purchase high quality headphones, as they will block more of the environmental noise, thus allowing the user to reduce the volume and still hear the music comfortably.

Purchase noise canceling headphones. These headphones block out environmental sounds, allowing you to hear a clear audio, thus reducing the temptation to increase the volume. However these headphones are to be avoided on the roads, in traffic and when one is out and about. It is imperative that a person should always be visually and audibly aware of the surroundings.

Use Supra aural [over the ear] headphones. These type of headphones do not send sound vibrations directly into the eardrum, thus reducing the chances of damaging ones hearing overtime.

When attending a concert use earplugs to reduce the noise levels. Sit at least 10 feet or more away from the speakers. Avoid having others shout in your ear to be heard as this can cause further harm to your ears. Avoid using headphones for 24 hours after exposure to loud music to give the ears a chance to recover. 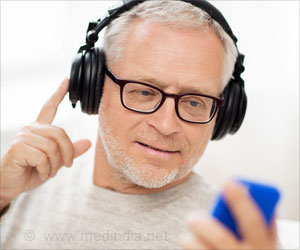 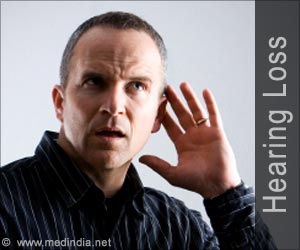 Headphones Can Cause Temporary Deafness: Study
Turning the volume up too high on your headphones can damage the coating of nerve cells, leading to temporary deafness; scientists from the University of Leicester have shown for the first time.
READ MORE

Kirsten Dunst Ward Off Her Flying Phobia by Using Headphones
Actress Kirsten Dunst has revealed that she employs a very effective technique to control her fear of flying - putting on Bose headphones.
READ MORE

Here's Why You Should Never Share Your Headphones
Earbuds have become the most sorted companions in our day to day life. But it is necessary to keep them clean as they play host for several harmful bacteria.
READ MORE