Neuroblastoma is a very rare type of childhood cancer that develops in immature nerve cells [neuroblasts] of the sympathetic nervous system. The term neuro refers to nerves, while blastoma refers to a cancer that affects immature cells. This type of cancer occurs most often in infants and young children. It is rarely found in children older than 10 years.

It develops in nerve tissue outside of the central nervous system. These immature nerve cells normally grow into functioning nerve cells; but in neuroblastoma, they become solid tumors made of cancer cells instead. Most scientists believe that neuroblastoma is an accidental growth that occurs during the development of the sympathetic nervous system.

Understanding our Nervous System and How it Functions

The peripheral nervous system is further divided into 

Somatic nervous system that consists of voluntary nerves; as the name indicates it is associated with voluntary control of body movements through muscles of the upper and lower limbs and other areas.

Autonomic Nervous System (ANS) that consists of involuntary nerves; this division controls the functioning of all our internal organs (like the heart rate, breathing and digestion) that occur below the level of our consciousness.

There are three tumors that arise from this system. These are collectively called neuroblastic tumors and named -

The three tumors differ in their degree of cellular and extracellular maturation of the nerve cells.

Neuroblastoma most commonly starts in the adrenal glands (the small triangular glands on top of the kidneys), but can also begin from neural tissue that runs along the spinal cord in the neck, chest, abdomen or pelvis. Interestingly, neuroblastoma can alsohave a relatively benign course, even when they have a tendency to spread and become metastatic.

The biologic behaviour of these neuroblastic tumors determines their prognosis to treatment and it varies widely and depends on their DNA content, chromosomal changes, and expression of certain master genes and catecholamine synthesis. It is these elements that divide neuroblastoma into high, intermediate, or low risk categories.

When they are cancerous, neuroblastoma can spread to different parts of the body such as the lymph nodes, bones, skin, and liver. Unfortunately, in about 70% of cases, the cancer has already spread to other parts of the body by the time it is diagnosed. Today, even with the use of high-dose therapy or stem cell transplant therapy more than half of the children cannot be cured.

Neuroblastoma may sometimes be caused by a gene mutation passed from the parent to the child. In such cases the cancer occurs at a younger age and there is a higher probability of multiple tumors forming in the adrenal glands.

The cause of most neuroblastomas (98-99%) is not known. Neuroblastomas develop when normal fetal neuroblasts fail to become mature nerve cells. Instead, they uncontrollably continue to grow and divide.

In 1-2 % cases, neuroblastoma seems to occur because of inherited gene changes in the ALK oncogene and PHOX2B, a gene that normally helps nerve cells mature.

Also, as of today there are no known lifestyle related or environmental causes of neuroblastomas. Hence no preventive action can be taken to prevent these cancers.

What are the Different Stages of Neuroblastoma?

Neuroblastoma is categorized into different stages based on the location and how far it has spread. A staging system is a standard way for the cancer care team to sum up the extent of the cancer. The stage of the neuroblastoma along with the age of the child and results of other tests will help in deciding the course of treatment.

Imaging tests are performed to stage the tumor and these include x-rays, CT, MRI scans, and bone scans.

Since the 1990s, the International Neuroblastoma Staging System (INSS) is used to stage a neuroblastoma.

Stage 4S: This is known as special neuroblastoma as this stage of cancer does not fit into the other stages defined above. In this case the child is younger than 12 months, the cancer is on one side of the body, the neuroblastoma has spread to the liver, skin, or the bone marrow, only 10% of marrow cells are cancerous, and imaging tests do not show that the cancer has spread to the bones or the bone marrow.

What are the Symptoms of Neuroblastoma?

About 75-80% of tumors have already spread to other parts of the body by the time they are diagnosed. Signs and symptoms of neuroblastoma vary depending on what part of the body is affected and the result of excess hormones secreted by the tumor (Paraneoplastic Syndrome).As many symptoms are similar to those of other common childhood diseases, many children arent diagnosed with neuroblastoma until after the cancer has already metastasized to other parts of the body.

How do you Diagnose Neuroblastoma?

Various imaging tests are done to determine the location and extent of tumor, involvement of distant sites and to stage the disease and plan treatment.

How do you Treat Neuroblastoma?

Biologic and genetic characteristics are used along with classic clinical staging to assign patients to risk groups for planning treatment intensity. The following criteria are used to determine the risk.

The therapies also vary for the different risk categories.

Children with neuroblastoma should have their treatment planned by a team of doctors comprised of the childs pediatrician and other experts in treating childhood cancer, especially neuroblastoma.

The various treatment regimens include:

Combination therapy that uses two or more anticancer drugs is found to be effective.

The most common combination of drugs includes carboplatin (or cisplatin), cyclophosphamide, doxorubicin, and etoposide, although others may be used. For children in the high-risk group, combinations are usually larger in size and higher in dose, which may be followed by a stem cell transplant.

Many of the standard treatments for cancer today are based on earlier clinical trials. If feasible, patients may want to think about taking part in a clinical trial as it might offer them the best treatment choice.

Children who are treated for neuroblastoma may have an increased risk of late effects like physical, psychological or second cancers that can sometimes be treated or controlled.

Follow-up tests or check-ups are repeat diagnostic tests to find out cancer staging, and are done either during treatment to find if it is working well and whether to continue or change it or taken post treatment to note the benefits of treatment.

How do you Prevent Neuroblastoma

As the definitive causes of neuroblastoma are still unknown it is not possible to prevent it.

Latest Publications and Research on Neuroblastoma

Stem Cell Therapy Used in US for Treating Neuroblastoma in Children More Toxic Than European or Egyptian Regimens
A new study suggests that the current stem cell transplant regimen to treat advanced neuroblastoma in children in the United States is more toxic.
READ MORE 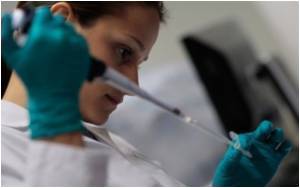 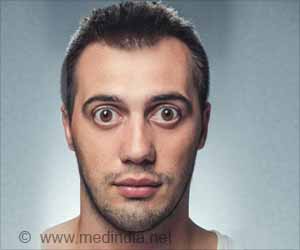 Bulging Eyes
Bulging Eyes is the abnormal protrusion or sticking out of one or both eyeballs from the eye socket. It is most often caused by Grave's disease and results in corneal dryness, weakening eyesight and even blindness.
READ MORE