You Can Control Your Appetite: Study 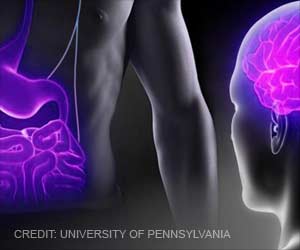 Hunger and appetite can be reduced by targeting the neurons that connect the gut and brain. Overeating and obesity can also be treated, reveals a new study.

Imagine you're in a restaurant, hungry, anxious and a bit irritable awaiting your food order to arrive at the table. The server exits the kitchen with a tray full of steaming plates and a flood of relief washes over you. But the server ferries the food right past you to another table, and the unpleasant sensation of hunger returns at least until you take the first bite of your very own meal.

Advertisement
‘A combination of three hormones such as cholecystokinin, peptide tyrosine tyrosine and amylin given in low doses can suppress AgRP neuron activity and can reduce hunger and treat obesity.’

With a new study, researchers at the University of Pennsylvania have explained the biological mechanism behind these hunger-driven highs and lows. While the mere sight or smell of food can temporarily turn off neurons responsible for the drive to eat, they showed that the neurons only stay off if the brain receives a signal from the stomach that calories have been ingested.


"When these neurons are firing, they're basically telling you, 'You'd better go get food; you're starving,'" said J. Nicholas Betley, assistant professor in the Department of Biology in Penn's School of Arts and Sciences. "They're a sensitive alarm system. And what this study conclusively demonstrated is that nutrients are the primary regulators of this alarm system."
Advertisement
Furthermore, Betley's team determined that giving mice a combination of hormones normally released during digestion significantly calmed the activity of these neurons, pointing to a potential therapeutic strategy for reducing overeating and obesity.

Betley collaborated with postdoctoral researchers and co-first authors Zhenwei Su and Amber L. Alhadeff on the study, which appears this week in the journal Cell Reports.

The brain's hypothalamus, which controls the sensation of hunger, is home to a population of neurons known as agouti-related protein-expressing neurons, or AgRP neurons.

In earlier work, Betley and colleagues discovered that these neurons are highly active when an animal is hungry, that their activity is suppressed upon eating and that merely smelling or seeing food can also lead to a rapid decline in their activity. All signs pointed to these neurons functioning as a way for animals to avoid starvation.

"Being hungry can feel unpleasant, and these are the neurons that seem to mediate this," Betley said. "Animals don't like this stimulation. In the laboratory, we can turn these neurons on with the flash of a light. Interestingly, we found that animals will scamper to the other side of the room to turn off the light."

In the current study, the researchers wanted to distinguish between the effects of simply seeing or smelling food and actually consuming food on reducing the activity of the AgRP neurons.

They worked with mice that had been genetically engineered so that calcium, a marker of neuronal activity, increased the fluorescence of a molecular reporter in their AgRP neurons, allowing neuronal activity to be easily tracked as the animals were awake and moving about. Like the researchers had seen before, when they presented animals with normal chow, AgRP neuron activity rapidly decreased and stayed low during and after eating.

But what if the mice were presented with a food they'd never seen before and thus didn't associate with satiety? When they gave hungry mice a strawberry-flavored, calorie-free gel, a food item with which the animals were unfamiliar, the sight and smell had no effect on AgRP neuron activity levels.

But when those same animals were later given a calorie-containing gel with the same flavor profile, AgRP neuron activity declined after eating and stayed low. And upon a second exposure to the caloric gel, the researchers saw the mice experienced an anticipatory drop in AgRP neuron activity, suggesting that they had learned to associate the flavor and sight of the gel with satiety.

The researchers then reversed the experiment with a different group of mice, first giving the animals a calorie-containing gel. Again they saw no anticipatory drop in AgRP neuron activity in the first trial, but there was a sustained reduction in neuron activity after eating.

When the researchers then gave these mice the calorie-free gel, they observed the anticipatory drop in AgRP neurons, but this lasted only 200 seconds and was likely due to the animals anticipating the consumption of calories. After 200 seconds, the neurons began firing again after the stomach "realized" it hadn't acquired any nutrients.

"In a single trial, the circuits in the brain's sensory system learn to associate the visual or olfactory stimulus of the [gel] with calories," Betley said. "If they get the caloric kind first and then see the calorie-free kind, they predict the nutrients because the flavor is the same, the taste is similar. It takes 200 seconds for the animal to realize that whatever has hit its gut isn't doing what it should be doing and the activity of those neurons comes back."

To confirm that it was only the caloric food and not external sensory input that led to the suppression of AgRP neuron activity, the researchers directly infused Ensure into the animals' stomachs and found sustained and dose-dependent reductions in AgRP neuron activity. The same calorie-dependent effect was seen when they switched the infusion to pure sugars, fats or protein. In other words, the more calories in the stomach of the mice, the stronger the reduction of neuron activity.

Confident that the nutrients were delivering a signal to the brain, the researchers next wanted to ascertain how they were doing it. They found that giving mice hormones, such as cholecystokinin, peptide tyrosine tyrosine (PYY) and amylin, which are normally secreted during digestion, led to dramatic and dose-dependent decreases in AgRP neuron activity. And when the team combined low doses of these three peptides, they acted synergistically, leading to a robust decrease in AgRP neuron activity.

The combinatorial approach may have relevance to treating obesity in humans, Betley noted. While therapies involving these three hormones given individually are successfully used in humans, the doses required to have an effect often lead to nausea. But the researchers saw no sign of malaise in the mice when they were given the cocktail of three hormones, likely because each hormone is given at low doses.

Betley's team hopes to further explore the ways in which these hormones suppress AgRP neuron activity, perhaps looking for a way to trigger their release by mimicking the presence of nutrients in the gut. Not only could the work inform pharmaceutical approaches to treating obesity, but it could lend insight into behavioral strategies that could reduce total food intake.

"It would be interesting to see whether consuming smaller meals more frequently might lead to less activity in the neurons and thus less food intake overall," Betley said. "Or maybe we can develop better combinations of foods or better ways of eating so we can avoid that 9 p.m. binge on Oreo cookies when you've had a really great diet all day."

Eat Slowly to Reduce Hunger
The ability to control energy intake could be impacted upon by the speed at which we eat; eating ......

'Natural' Mouth Spray to Promote Weight Loss
A natural mouth spray claiming to reduce hunger pangs in just few days of use has hit the U.K ......