Yap.TV Software Allows Show Viewers to Chat as They Watch 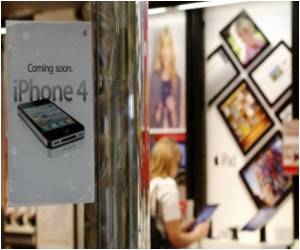 Yap.TV affirms that whether shows are streamed over the Internet, radio or cable wires people always love to talk about what they are watching. Yap.TV has come up with an appliance, Yap.TV software for Apple, iPhone, iPad touch devices lets show watchers to engage in real time chatting on social networking sites like Twitter, Facebook or other sites.

"We mated the television program guide with the Twitter stream and social networks to basically allow you to see what everyone in the world is talking about right now," Yap.TV co-founder Shawn Cunningham told AFP on Friday.

Smoking scenes on Chinese television channels have become a matter of concern for many tobacco control supporters.
Advertisement

"So when you zap into a show, you are immersed in the experience."


The San Francisco-based firm is working on versions of the "social TV" platform for computer Web browsers and smartphones or tablets running on Google's Android software.

The first step for parents wanting to reduce the negative influence of TV on their children is normally to switch off the television set.
Advertisement
Yap.TV backers include former Apple executive David Austin, and Apple co-founder Steve Wozniak is an advisor to the startup.

"We thought we could create a social world for television content, which people love to talk about almost more than anything else," Cunningham said.

"It was really things like the iPad that opened the gateway," he added. "A second-screen device perfect for this type of activity."

Yap.TV lets people lounge comfortably with shows on their televisions and cherished social networks in their laps in the form of iPad, iPhone or iPod touch devices.

The free software gathers "tweets" and comments from Facebook friends watching the same shows. A custom Yap social network also lets viewers share what they enjoy or hate about what is on-screen.

"TV watching is inherently social; people love to talk about what movies or shows they watched," Cunningham said.

"We figured out millions of people were already talking about this stuff but didn't have a place to go," he added.

He noticed his wife exchanging text messages with a half-dozen or so friends as they watched episodes of a "Bachelorette" reality show at disparate venues.

Yap.TV was crafted to be a "virtual living room" where people in different locations could essentially watch shows together and chat in real time.

"We re-invented the TV Guide and made it social," Cunningham said. "With iPads and social networks, there is a perfect storm right now to enable this."

Since kibitzing about shows takes place on "second screens," television lovers aren't pestered by text boxes or other distractions in their main viewing experiences.

Yap.TV allows viewers to do spot polls on burning questions such as will a certain character fall in love with another.

"Having user-generated content is fun," Cunningham said. "We tried to appeal to the many levels of the TV fan."

Yap.TV worked with a French technology firm to build a chat engine so people could have private online exchanges with "the five friends to whom you would really say what is on your mind."

"We merged a TV Guide with your social network, so it is easy for us to target ads that hit you in your interests," Cunningham said.

Yap.TV for iPhone and iPod touch launched in December, while the iPad version was released in late September. Membership was reported to be in the "tens of thousands."

"We think the mass market potential is in the second screen," Cunningham said. "The numbers of people texting or doing something online while watching television keeps skyrocketing."

Nearly a third of Yap.TV downloads have been outside the United States, with interest particularly keen in France and Britain.

"Millions of people were doing it, but in fragmented ways," Cunningham said. "We created a real home for them."