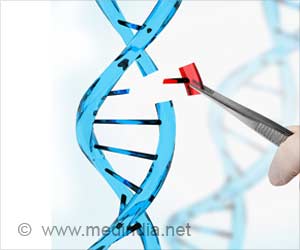 A Chinese scientist claims that he has succeeded in creating the world's first genetically-edited babies, in a potentially ground-breaking and controversial medical breakthrough.

He Jiankui announced that the twin girls Lulu and Nana had been born after having their DNA 'edited' to prevent them contracting HIV in future.

Advertisement
‘A Chinese scientist claims to have created the world's first genetically-edited babies. The DNA of the twins was edited using CRISPR to prevent them from contracting HIV in the future.’
Read More..

The professor who was graduated at Stanford in the US and works from a laboratory in the southern Chinese city of Shenzhen, stated that the DNA of the twins was modified using CRISPR, a technique which allows experts to remove and replace a strand with pinpoint precision.


He said that the babies were born through regular IVF, but using an egg, which was specially modified before being implanted into the womb.

"Right after transferring her husband's sperm into her egg, an embryologist sent in CRISPR/Cas9 protein and instructions to perform a gene surgery expected to protect the girls from future HIV infection," he added.
Advertisement
A US scientist stated that he took part in the work in China, but this kind of gene editing is banned in the United States due to risks that altered DNA will warp other genes.

These potentially dangerous alterations may then be passed down to future generations too.

The claims come ahead of a conference of world scientists in Hong Kong, where He is expected to report more details. But, there is still no fair verification of his claims.