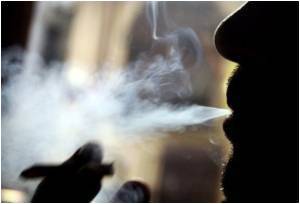 "The WHO Framework Convention on Tobacco Control" has been chosen by the World Health Organization (WHO) to be the theme of the World No Tobacco Day on 31st May, 2011.

Tobacco being the leading preventable cause of death, the World Health Assembly adopted a resolution in 1996 for an international framework convention on tobacco control.

The WHO Framework Convention on Tobacco Control, the foremost tobacco control instrument, has 170 parties in agreement with its treaty, although it had enforced its impact only from 2005. The Convention reiterates the right of everyone to the highest standard of health and provides new legal dimensions for cooperation in tobacco control.


May 31st, 2011 will focus on the treaty's importance and the responsibility the parties have to support the efforts in tobacco control. The alarming prediction that the death toll from tobacco use could rise to 8 million by 2030, and that from killing 100 million in the twentieth century, tobacco could claim a billion lives during the 21st century should spur the countries that are assenting parties to the Convention to take their obligations seriously.

Tired of people asking you to stop smoking around them? Don't want to be ordered around by public smoking bans? Simple steps that help you to quit smoking.
Advertisement
One of the chief obligations that will be reaffirmed on World No Tobacco Day is that countries must fully implement the treaty to protect present and future generations from the devastating health, social, environmental and economic consequences of tobacco consumption and exposure to tobacco smoke.