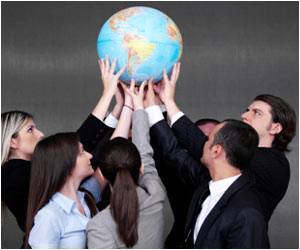 A research study at the University of North Carolina has made the interesting discovery that physical or mental elevation affects how people behave.

The first experiment involved charity contributions, and researchers noted that people gave more to a charity collector when they were at the top of the escalator than at the bottom. The second bizarre experiment revealed that people were more generous with their time if they were standing at a higher level. The third was even stranger because it showed people more compassionate and less inclined to punish a wrongdoing if they had just gone up some stairs, but if they had gone down the stairs they were crueler!

Good Acts Serve as Inspiration for Others

Kindness is contagious, scientists have discovered. And good acts by a handful of individuals really can make a difference. Professor James Fowler, of the University of California,
Advertisement

The study does not have a significance only for charities, but researchers feel that it could have an impact on day-to-day life.


As Lawrence Sanna who led the research team states, metaphors connecting an elevated height with good behavior do affect people's behavior. Being on a 'moral, high ground' does make people feel very virtuous.

New York officials Thursday called for greater courtesy on the city's crowded buses and trains, recalling those who refuse to give up seats to the elderly and disabled could be fined.
Advertisement
<< World No Tobacco Day
Medical Degree in Rural India >>

Sympathy Has A Lot To Do With Your Sense Of Smell