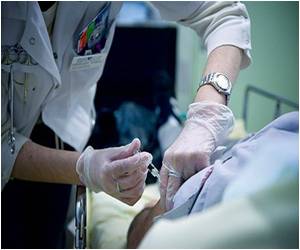 Hospital authorities in Eastern Austria were in for a bit of a shock when they saw a patient come in to the hospital bleeding heavily with a severed arm and requesting doctors to sew it back.

The worker had met with an accident while working in a recycling plant and his limb had got severed in the accident. The injured worker had driven 24km (15 miles) in one hand from the recycling plant to the hospital, keeping his wits about him.

Even though his lower right arm was completely severed, he had managed to steer the car with one hand and drive to the hospital. 'Once there, he was given emergency treatment but the operation was too complicated, so he was flown by air ambulance to Vienna, where a specialist team reattached the limb', hospital authorities said.


This courageous 37-year-old had to search for his severed arm from under the heavy machinery and wrap it up before driving off. The man is now in intensive care and investigations are on as to why he was not taken provided assistance at his place of work.

Simple Interventions Can Reduce Amputations In Diabetics By 50 Percent
A new study has confirmed that shoe inserts, podiatry, regular checkups and other simple ......

Proper Care Can Prevent Amputations in Diabetic Foot Infections
Diabetic foot infections are the most common problem which can result in lower extremity ......