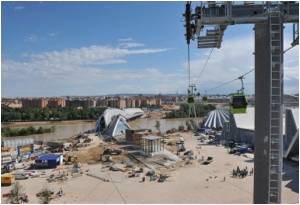 The authors, who are scientists from the University of Valencia and the University of Vaasa, used the Psychosocial Wellbeing Index (PWI) to evaluate professional burnout, bullying and sexual abuse among 1,055 Spanish and 1,979 Finnish public sector workers.


The results, published in the journal Perceptual and Motor Skills, show the Spanish workers reported higher percentages of all kinds of psychological violence than the Finnish ones, except for bullying. However, the authors say the difference was greater than expected.


"Although it is possible that the results reflect cultural differences, since Spanish people are more prone to complaining, the results also reveal the true workplace atmosphere in Spain", they explain.

When broken down by sex, Finnish men complained more about workplace conflict than women. In Spain, men and women were equally likely to complain, except in relation to sexual abuse, where women are the prime target.

According to Báguena, "we need more studies to show whether these results can be generalised, or if they are simply relate to a particular kind of worker".

At the start of 2000, the prevalence of bullying at work affected 9% of workers in the countries of the European Union (not including the new member states). A study carried out in 2003 by Di Martino et al. revealed the fluctuations in this 9% average in different countries.

The highest percentages (between 15%-12%) were seen in the countries of northern Europe (Finland, Sweden, Holland, United Kingdom) and the lowest (5%-4%) in those of the south (Spain, Greece, Portugal). "Although cultural differences have an impact on these disparities, the results in Spain have worsened", points out Báguena.

While Finland is one of the Nordic countries most renowned for its quality of life, and is a pioneer in the study of workplace behaviour, Spain is felt to be more rigid, and the language does not even have its own words for concepts such as bullying or burnout, instead using the English terms.

13 Million Die Worldwide Due to Unhealthy Environment: New WHO Report
The World Health Organization (WHO) today released the first ever country-by-country analysis of the impact that environmental factors have on health, and it revealed that 13 million
READ MORE