Postmenopausal women with a strong social support network may have a lower risk of heart disease, reports a new study. The findings of the study are published in the journal Menopause.

Having good friends can save your life, as a study based on data from the Women's Health Initiative (WHI) demonstrates how strong social support may reduce the risk of death from cardiovascular disease (CVD) in postmenopausal women.


Although rates of CVD morbidity and mortality have declined in recent decades, CVD remains a primary cause of death in Americans. Traditionally thought of as primarily a man's disease, women's rates of CVD have nearly caught up to men's rates (35.9% of American women have CVD vs 37.4% of men).


‘Having a strong supportive network of good friends may reduce the risk of death from heart disease in postmenopausal women.’
Read More..


With so many people affected by CVD, there has been tremendous research on its various risk factors (although much of the focus to date has been on traditional risk factors such as smoking and hypertension). A few studies have focused on the effect of social support, but this recent study is the largest to date to evaluate the effect of social support on CVD and all-cause mortality in women.

After nearly 11 years of follow-up with participants in the WHI, researchers concluded that in women free of CVD at baseline, perceived social support is associated with a slightly lower risk of all-cause mortality. Although the association is described as modest, it remains significant. No major association was observed in women with a history of CVD. The researchers hypothesized that these results demonstrate the benefits of social support in either promoting stress relief or helping to buffer stressful life events. However, they have indicated that further clarification and investigation are necessary.

Study results appear in the article "Perceived social support and the risk of cardiovascular disease and all-cause mortality in the Women's Health Initiative Observational Study."

"This study found a small but significant association between perceived social support and mortality in women without prior cardiovascular disease," says Dr. JoAnn Pinkerton, NAMS executive director. "If psychological or social support can help prevent heart disease in women, we need further studies to determine what support would be most helpful." 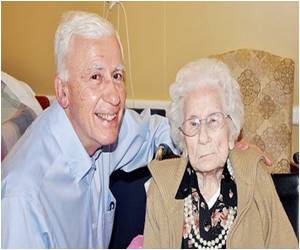 Strong Social Support in Friends and Family Can Make You Live 3.7yrs Longer
Want a longer, healthier life? Well, the best medicine is the support of family and friends.
READ MORE