Women in Australia More Stressed Out Than Men 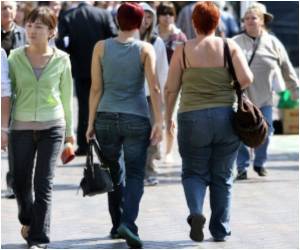 Australian women are more stressed out than men, discovered a recent poll.

The Newspoll commissioned by Lifeline found overall that 46 per cent of women and 41 per cent of men report feeling 'very stressed' in their everyday lives.

At the other end of the scale, the poll found only 9 per cent of women and 11 per cent of men could report feeling 'no stress'.


Lifeline chief executive Dawn O'Neil said that the figures were not surprising as twice as many women also called Lifeline's support hotlines than men.

The physical, emotional and hormonal changes that occur in women during puberty, menstrual cycle, pregnancy, and menopause can cause Sleep Disturbances
Advertisement
"Our research indicates that in just about every aspect of life women are experiencing higher levels of stress," News.com.au quoted O'Neil as saying.

"This isn't to say that men are not stressed, in fact stress is a major issue for our whole community.

"But often women neglect their own self care, putting themselves at the bottom of the list after work, family and friends," O'Neil added.

In the survey, 1200 men and women were asked to rate stress level across five key areas of their lives - work, finances, relationships, their health and the future.

Women reported narrowly higher levels of stress than men across every category except for work, where 25 per cent of men nominated the top level 'a lot of stress' compared to 22 per cent of women.

The number one concern for women was finances, with 24 per cent of women nominating this caused a lot of stress compared to 18 per cent of men.

For both genders, work and the future were the cause of most stress while health and relationships were the root of less concerns.

During the study, nine per cent of women admitted that their relationship caused a lot of stress compared to just 5 per cent of males.