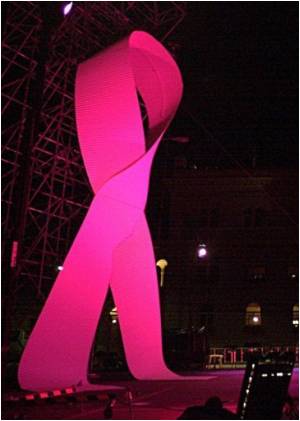 Many women who survive breast and other gynecologic cancers want medical help regarding their sexual issues, found in a survey. But most of the women do not get it.

The poll of hundreds of cancer survivors conducted by the University of Chicago Medical Center confirms that more than 40 percent want medical attention for their sexual health needs.

"Some women have the courage to raise sexual concerns with their doctor, although repeated studies show they prefer the doctor to initiate the discussion," said Stacy Tessler Lindau, senior author of the study.


Sexual problems in women after treatment for gynecological and breast cancers are well-documented-pain, dryness, loss of desire, difficulty with arousal and orgasm, and changes in body appearance due to treatments.

Breast cancer is one of the leading causes of cancer deaths among women. It is often said that a woman who breast-feeds is at a lower risk of developing cancer compared to another who does not .Are these mere old wives tales or is there some truth in it? This quiz on breast cancer has all the details.

Doctors rarely talk with women about the impact of cancer on their sexuality. Many women also don't discuss the issues with their spouse or partner.

The mean age of the participants was 55, with a range of 21 to 88 years. Only seven percent of the patients surveyed had asked for advice or medical help for sexuality problems, but 42 percent were interested in receiving such care.

"Anything that affects the female sexual organs will have repercussions on body image and on a woman's sex life," said Emily Hill, lead author of the study.

Women who had been out of cancer treatments for more than a year were significantly more likely to want medical care for sexual concerns than women who were currently in treatment.

And Younger women were more concerned about sexual issues than older women. However, more than 22 percent of women over 65 in the study also said they wanted medical care for their sexual issues.

The study has been published online in the journal Cancer.

Did u know that simple changes in lifestyle could lower your cancer risks? Find out how!
<< Parasites' Struggle for Survival Makes Malaria Deadly
New Strategies to Combat Obesity >>

News Archive
News Resource
News Category
Muscle Wasting Severity Linked to Tumor Size Are Black Men at Risk for Early Prostate Cancer Lab-grown Human Tissue Model to Study Gastroesophageal Cancer How to Reduce Colorectal Cancer Risk in People With a Family History? Cancer Drugs Might be a Curse for Children and Grandchildren of Survivors
More News
Sign up for Wellness Consult a Doctor Sign up for Selfcare

Find a Hospital Find a Doctor Color Blindness Calculator Post-Nasal Drip Indian Medical Journals Iron Intake Calculator Hearing Loss Calculator Calculate Ideal Weight for Infants How to Reduce School Bag Weight - Simple Tips A-Z Drug Brands in India
This site uses cookies to deliver our services.By using our site, you acknowledge that you have read and understand our Cookie Policy, Privacy Policy, and our Terms of Use  Ok, Got it. Close
X